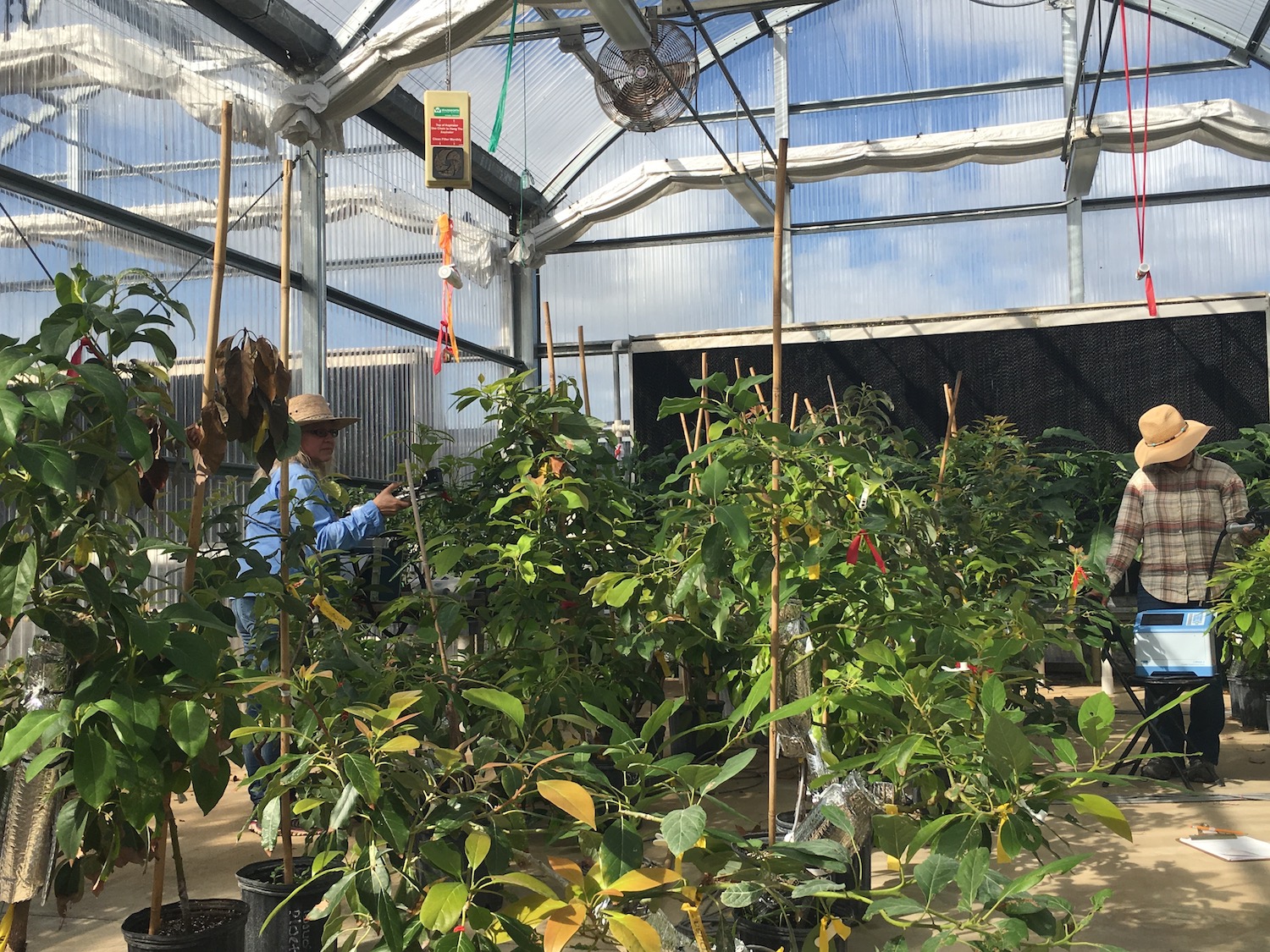 Laurel wilt, caused by the fungus Raffaelea lauricola, and carried by bark beetles, is a serious plant disease that has decimated members of the Lauraceae plant family in the southeastern United States since the early 2000s when it was first detected in the US. Originally, found infecting forest trees, it was observed in a commercial avocado orchard in Florida in 2012, and now poses a grave threat to Florida’s avocado industry. Read more about the disease

Researchers at UF-TREC are part of a large multi-state, interdisciplinary project, funded by a USDA Specialty Crops Research Initiative, aimed at finding a control for laurel wilt.  As a component of this project, Drs. Bruce Schaffer and Randy Ploetz, PhD student Raiza Castillo and Biologists Ana Vargas, Josh Konkol, Aime Vazquez, and Randy Fernandez (at UF-TREC) and collaborator Dr. Ed Etxeberria (at UF-CREC) are investigating the relative susceptibility of different avocado races and scion/rootstock combinations in relation to differences in avocado tree physiology and vascular anatomy.

Preliminary research showed that susceptibility to laurel wilt is related to the rate that water (sap) moves up the tree prior to infection by the fungus. The faster the sap flow, the quicker the fungus spreads through the tree. The rate of sap flow in trees is related to the anatomy of the vascular system.

Commercially available clonal rootstocks (M and G) developed in California and elsewhere, not currently used in Florida, are being tested and compared with clonally propagated material of the seedling WI rootstocks currently used in Florida for their resistance to laurel wilt. Also, physiological and anatomical attributes of grafted avocado scions and rootstocks of different botanical races, in all possible rootstock/scion combinations (e.g.. WI scion/M rootstock, WI scion/G rootstock, WI scion/WI rootstock, etc.), are being tested to identify tolerance to the laurel wilt. The long-range goal of this project is to identify laurel wilt-tolerant rootstocks and rootstock/scion combinations of avocado based on plant anatomy and physiology.