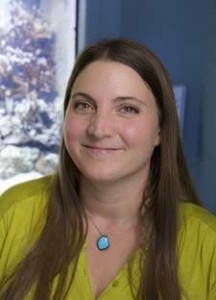 JM: I’m a postdoctoral associate in Soil and Water Science at UF, investigating microbial interactions in the establishment of coral disease. As an Elsevier Tropical Connections fellow, I had the chance to shadow UF IFAS Dean of Research Dr. Jackie Burns. Before the shadowing experience, I read an article about what deans do and came away with the impression that they spend a lot of their time deciding how money is allocated within the department. While this is certainly true, the Dean of Research also plays a large role in how the scientific accomplishments of the department are reported to federal funding agencies and promoted to the general public.

My shadowing experience was brief, as a large part of the day was dedicated to a tour of outside facilities that was canceled due to several days of heavy rain. However, I was able to sit in on a meeting with Dean Burns and Associate Deans for Research. Some of the topics discussed included how peer-reviewed publications are reported for USDA-funded research, administrative items like updating job descriptions and titles for personnel, and discussion of a departmental equipment grant. A large part of the meeting was also devoted to discussion of a series of videos that will be produced to highlight interdisciplinary research in IFAS. The team talked about both historic IFAS accomplishments and current impacts of IFAS research.

After the meeting, I spoke to Dean Burns one-on-one to talk about how she became a dean. Consistent with what I have heard from a lot of scientists that end up in administrative positions, Dean Burns enjoyed research and didn’t initially plan to become a dean. She accepted a temporary position and ended up staying in administrative roles, as it can be difficult to get back into a research role once you take a break. While I also don’t plan to leave research for administration, I am not going to rule it out completely as something I may want to do in the future. I think that I have a lot of the skills to be successful as a dean, such as being very organized, leading a team, and working well with a wide variety of people. The shadowing experience was a great opportunity to see alternative roles in academia and I would recommend it to other postdocs.