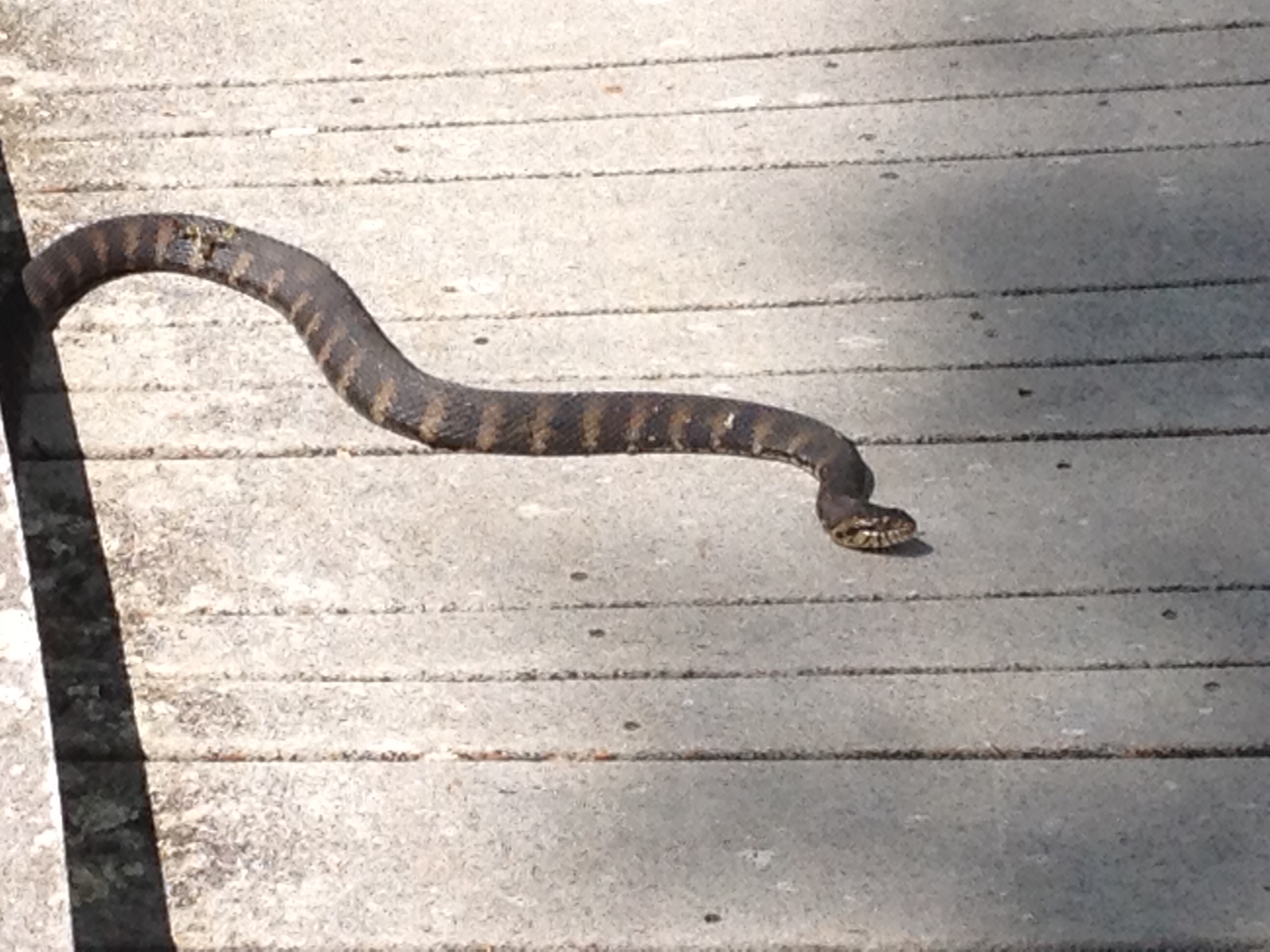 Snakes are an important part of Florida’s ecosystems and serve as a natural form of pest control. Although to some they appear to be scary, scaly creatures that need to be killed, snakes are actually very important and without them disease carrying pests could become a problem for public health and negatively affect our agricultural crops. Although 50 species of snakes are found in Florida, there are only six that are venomous and a potential danger to humans, and only four that are found in our area.  Pit vipers which are the most common venomous snakes in Florida have small holes or pits between their eyes and nostrils that detect heat which is how they hunt for prey. To be venomous, a snake must use its sharp, pointy fangs to inject venom into its victim. Venomous snakes are “milked” for their venom by professionals so that it can be used to make antivenin which can then be used to save someone’s life if they have been bitten by a snake. It is important to protect yourself and others from potential danger from venomous snakes by learning to identify them.

The eastern diamond back is a pit viper that has broad diamond shaped markings on its back. It has a blocky head, thick body, rough looking scales and a dark band across its eye. The dusky pygmy rattlesnake has a small rattle and a stout body with dusky spots. Don’t let its small size mislead you to think it isn’t dangerous. The Florida cottonmouth is a pit viper without a rattle and gets its name from the distinct white inside of its mouth it displays when threatened. The cottonmouth also has a blocky head, thick body, and typically dark in color, but can have pattern when young. The eastern coral snake is not a pit viper and lacks the large head, thicker body and rough scales. It can be identified by its brightly colored bands: “red touches yellow, kill a fellow; red touches black, friend of Jack”. The majority of snake bites occur when snakes are being harassed or in the process of someone trying to kill a snake. Snakes should be observed and enjoyed from a distance. Remember, if a snake changes its behavior, you have gotten too close and should back away. Spring and summer is when they are most active. Always be aware of your surroundings when exploring nature in Florida. We want you to enjoy nature, not be fearful of it.

Print out a copy of “this factsheet” to keep handy should you or someone you know be bitten by a snake.

← Those Pesky Pests
Social Sustainability on the Seven Seas →