Skip Navigation or Skip to Content
Home » UF/IFAS Pesticide Information » What Is An EPA Biological Opinion?

What Is An EPA Biological Opinion? 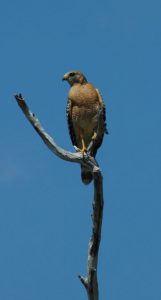 We discussed that only those species deemed as “Likely to be adversely affected” were referred for further analysis. That likely to be adversely affected was a very low threshold and was based on could any single individual of that species have a possible negative impact because of the pesticide use. The next step is to analyze that impact on the species and where necessary determine steps to reduce or eliminate that risk.

A Biological Opinion looks at current data, consults with the other agencies (U.S. Fish and Wildlife Service, National Marine Fisheries, and The U.S. Department of Agriculture), and possibly requests additional studies to determine what impacts a species will face with use of the pesticide. All of this is undertaken to determine if “the pesticide’s registered use is likely to jeopardize the continued existence of the species and, if so, describes alternatives to avoid jeopardy.” This process is done, and reports generated for every species that was deemed likely to be adversely affected.

From there the Office Of Pesticide Programs will determine steps that might need to be taken to limit any harm (often with consultation with the other agencies). This could include new language on the label, restrictions on specific site uses, or the outright elimination of the pesticide’s registration, if unreasonable harm cannot be avoided. A report is generated and available for public comment to ensure stakeholder engagement and that no additional data were missed. These reports are extensive and highly detailed (see example in additional resources). Biological opinions are needed when a product is registered, re-registered, or new data is discovered that require further analysis. 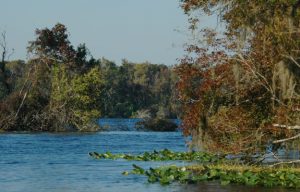 The EPA ensures that registered pesticides do not pose an unreasonable risk of harm to people or the environment. Endangered species are particularly vulnerable and the EPA serves to protect them and the environment.

Dr Brett Bultemeier is a double Gator grad, having received his MS and PhD in Agronomy from UF. Dr Bultemeier is the Assistant Extension Professor with the Pesticide Information Office and focuses on pesticide use and safety. ...