Skip Navigation or Skip to Content
Home » UF/IFAS Pesticide Information » What Is An EPA Biological Evaluation? 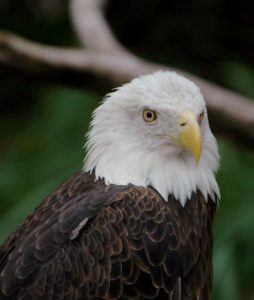 Any pesticide that is used in the U.S. must go through registration and evaluation by the Environmental Protection Agency (EPA). One of the key things the EPA evaluates is the potential impact of pesticides on endangered species. A key part of that process is the Biological Evaluation.

There are over 1,300 species listed as endangered or threatened within the United States. For each pesticide it must be determined what, if any, impact their usage would have on each of these endangered species. That is a tall order and requires a large amount of data and research. To help streamline this process the EPA divides this evaluation into several stages. The first stage is the Biological Evaluation.

The first step is to determine the possible areas that a pesticide might be used and create a “map” that shows all the areas it might be found. This “map” is then overlaid with each listed species to determine if there is a chance an individual of that species might encounter or be impacted by the effects of that pesticide. For instance, if a pesticide was only used in the middle of Nebraska and had no chance of moving in water, it would NOT overlap with an endangered whale in the Pacific Ocean. Those species that would not overlap with the pesticide are removed from further analysis and deemed to have “no effect”. 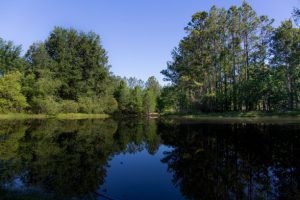 For any that do overlap a secondary screen is then put in place. Each of those species that might overlap is evaluated for possible negative impact to the individual or to the habitat required for their survival. This does not mean that the impact is ALWAYS negative, or that it imperils the species, it simply means a negative impact could be seen on an individual. For example, if a species overlaps with a herbicide that is used to control a plant that is a forage for that animal, that could be a negative impact and would justify further exploration.

Three possible scenarios for each species are created:

Once all species have gone through this process the results are published and opened for public comment. This allows for any input that might suggest a negative impact that was missed, or a clarification on product usage. This public comment truly allows for something that may have been overlooked to be reconsidered. After reviewing public comments and conferring with the other agencies (U.S. Fish and Wildlife Service, National Marine Fisheries, and The U.S. Department of Agriculture) a plan is developed for further analyzing the species identified as likely to be impacted and that data is collected and used to create a Biological opinion. More information on what goes into a biological opinion will be shared later, so stay tuned.

The EPA is tasked with ensuring that pesticides that are registered do not pose an unreasonable risk of harm to people or the environment. One of the most vulnerable parts of the environment are endangered species and the EPA takes seriously its responsibility for protecting them. A Biological Evaluation is an initial screen to make sure efforts are properly focused on those species that might be impacted.

Dr Brett Bultemeier is a double Gator grad, having received his MS and PhD in Agronomy from UF. Dr Bultemeier is the Assistant Extension Professor with the Pesticide Information Office and focuses on pesticide use and safety. ...