The Red Banded Stink Bug: Invasive but here to stay

Stink bugs are pests of a wide variety of plants including vegetables, fruits, and ornamentals. Stink bugs use their piercing sucking mouthparts to siphon out nutrients from plants. The red banded stink bug (Piezodorus guildinii) is a Neotropical bug that feeds primarily on legumes including some important crops like soybean, alfalfa, peas, and lentils. It wasn’t until the early 2000’s that the red banded stink bug was cited as a pest in the U.S. This pest was likely introduced from Central or South America during the 1970’s. Today, the red banded stink bug is now an frequent pest of soybean fields throughout the southeastern United States. 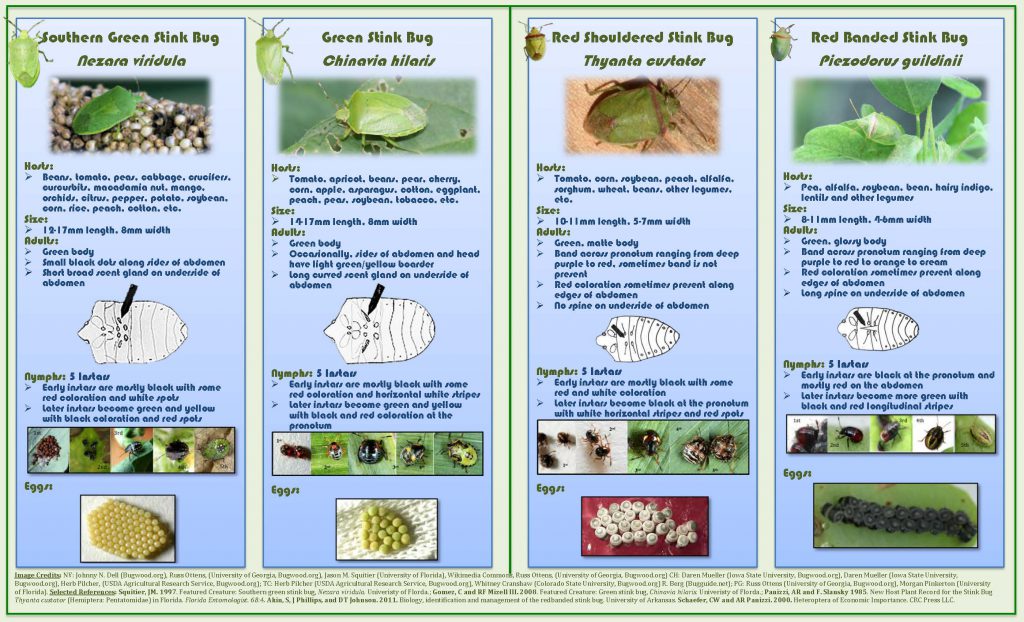