Take a sneak peek with this excerpt from the article: The family Siricidae consists of 10 extant genera and 122 species worldwide, and is commonly referred to as wood wasps or horntails (Schiff et al. 2012, Smith and Schiff 2002, Morgan 1968, Benson 1950). Four genera have been recorded in Florida (representing six species): Eriotremex Benson, Sirex Linnaeus, Tremex Jurine and Urocerus Geoffroy (Leavengood and Smith 2013). Eriotremex is a small genus of 13 species that range from Japan and Taiwan to eastern India and Papua New Guinea (Smith 2010) with one species, Eriotremex formosanus, introduced to North America. The earliest records of this introduction are from several counties in Florida and Georgia in 1974 (Smith 1996). It has since become the most common wood wasp in Florida (Smith 1996). 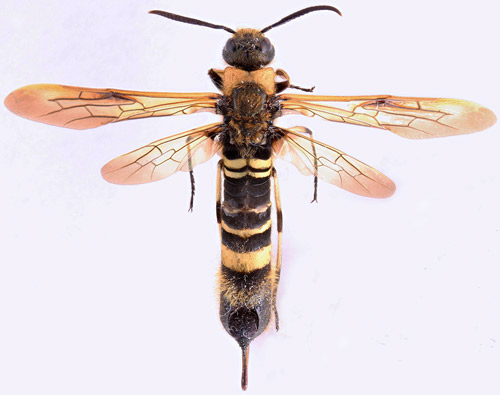