The U.S. Department of Agriculture and the U.S. Geological Survey have reported three versions of bird flu in 57 cases confirmed since December. The USDA reported on April 21st that in Iowa, the nation’s largest egg producer, about 5.3 million hens will be destroyed after tests confirmed the virus.

Avian influenza (a.k.a. Bird flu) is a highly contagious disease of birds which can result in severe economic loss for owners and producers of diseased flocks. Bird flu is caused by a virus which occurs commonly in healthy waterfowl, but can cause severe disease in turkeys and chickens. Bird flu is considered a Foreign Animal Disease in the United States, which means that the government works to prevent the introduction of bird flu into commercial and backyard poultry flocks. Flocks that are confirmed positive for bird flu are euthanized. Federal and state health officials consider the risk to people to be low from these infections in wild birds, backyard flocks and commercial poultry. No human infections with the virus have ever been detected. 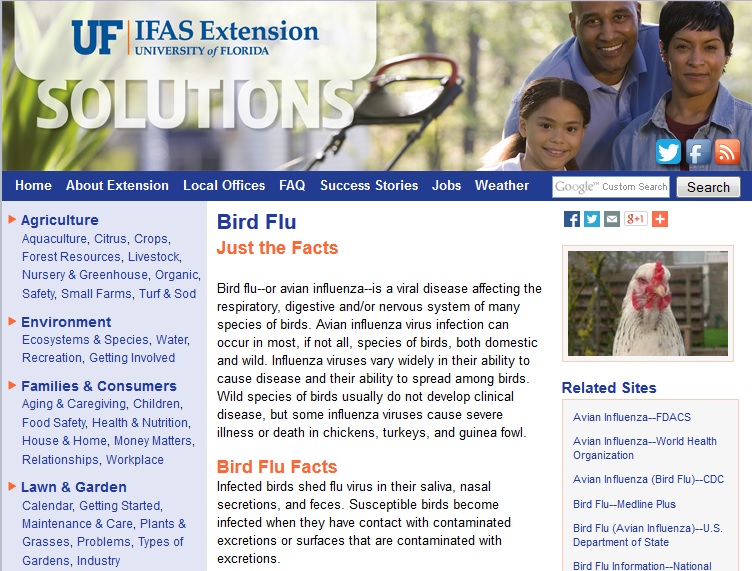 Jennifer Carr received her Master's degree in Sustainable Development Practice from the Center for Latin American studies and her Bachelor's degree in Wildlife Ecology and Conservation both from the University of Florida. ...