Take a sneak peek with this excerpt from the article: The bagrada bug, Bagrada hilaris (Burmeister) (Figure 1), also known as the painted bug, is native to Africa. It was first reported in the United States in June of 2008 in the county of Los Angeles, California (Arkelian 2008). It may be confused with the similar looking Harlequin bug Murgantia histrionica (Hahn), which is widespread throughout the United States, and is referred to as the painted bug in the literature. It has also been confused with ladybird beetles (Family: Coccinellidae). The bagrada bug is a true bug in the order Hemiptera, and more specifically is a stink bug in the family Pentatomidae. It causes substantial damage to cruciferous crops such as broccoli, cabbage, mustards, and cauliflower, as well as infests a wide range of other crops and weeds species (Palumbo and Natwick 2010, Hill 1975). It has become a serious agricultural pest in the southwestern United States. 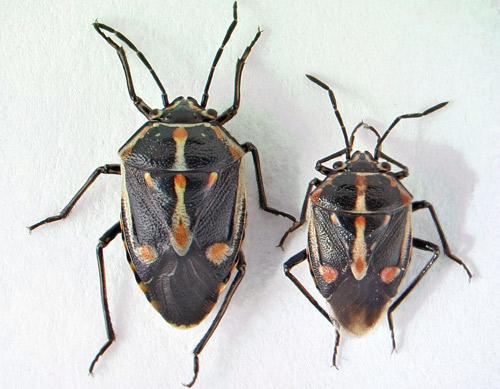