Take a sneak peek with this excerpt from the article: The dog flea, Ctenocephalides canis (Curtis), is an important ectoparasite of both wild and domestic canids around the world (Durden et al. 2005). It is similar in appearance to the ubiquitous cat flea, Ctenocephalides felis (Bouché), but is encountered less frequently and thus has not been studied as thoroughly. The dog flea has been reported on many mammalian hosts including dogs, cats, rabbits, rats, gray foxes, red foxes, woodchucks, and humans (Fox 1940). Ctenocephalides canis can act as intermediate hosts for parasitic worms including the double-pored tapeworm, Dipylidium caninum, and the nematode, Acanthocheilonema reconditum (Durden and Hinkle 2009). 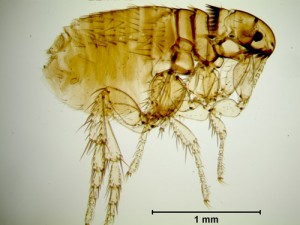