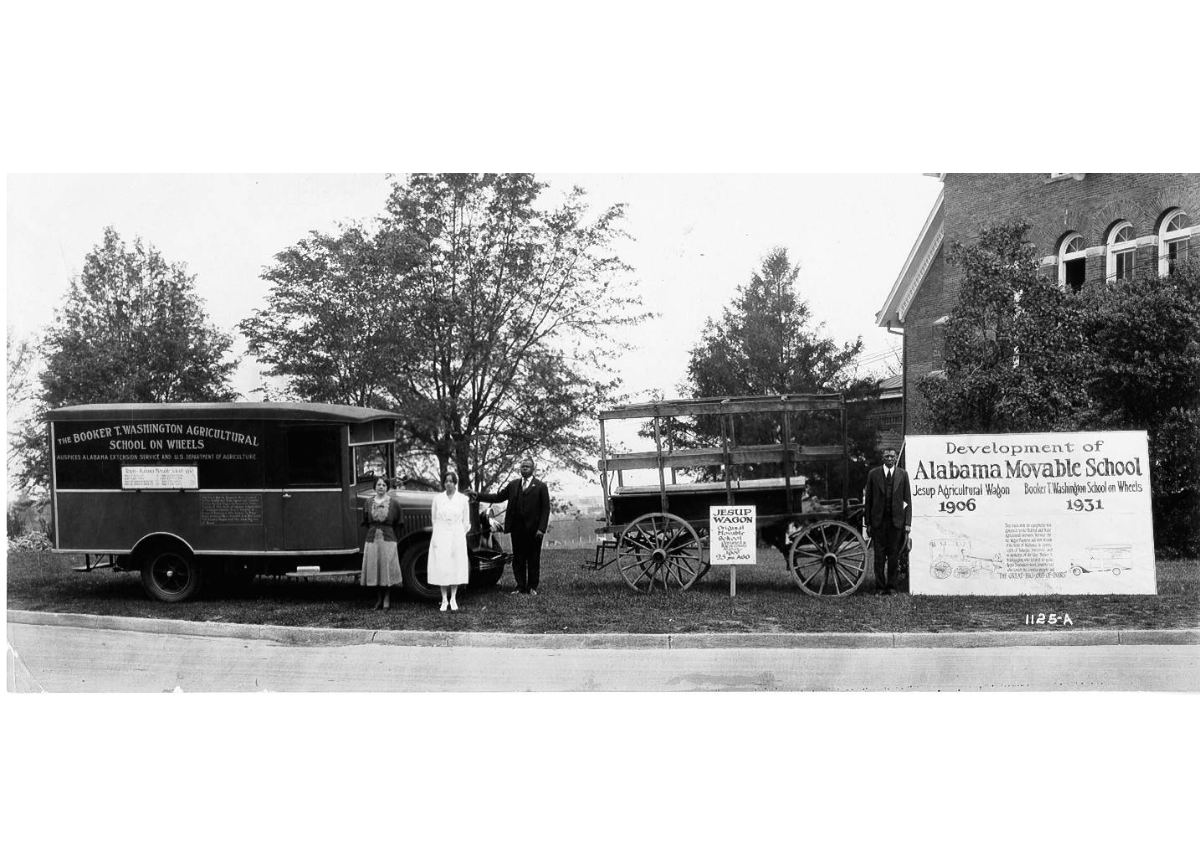 The Roots of Cooperative Extension

Did you know that the first official American Extension Agent was a young Black male graduate of Tuskegee University named Thomas Monroe Campbell?

Surely you have heard of Campbell’s protégés, Booker T. Washington and George Washington Carver, all of whom were crucial in the creation of the Cooperative Extension Service. But do you know the real roots of American agricultural extension? Both Alabama and Texas played vital roles in the birth of American Extension, and this article will focus on the developments out of Alabama at Tuskegee Institute. 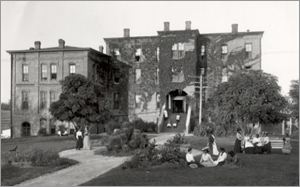 A pop of policy, the conclusion of the Civil War, a lot more legislation, and a whopping dose of determination has led to the development of the Cooperative Extension system. I will not bore you with dates and specifics of policy, but between 1862 and 1914, the Morrill Act, the second Morrill Act, the Hatch Act, and the Smith-Lever Act, were all passed by the federal government with the intention of creating a public university system engaging in research to advance agriculture and mechanics. Even after the Civil War, freed men did not have the same opportunities for education at these public institutions, especially in the South. This did not knock the determination of Blacks to pursue higher education. 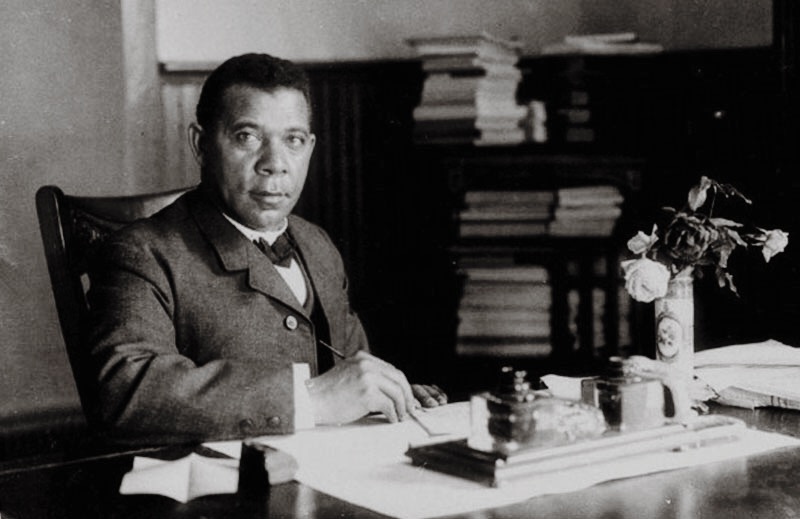 Booker T. Washington founded Tuskegee Normal and Industrial School Institute in 1881. The education focused on learning vocational skills for which there was ample employment opportunity. Vocational skills are considered to be firsthand skills that help a person master a trade or a job. There is something inherently freeing to be able to have your own land and grow your own provisions. Washington wanted students to find the hard work of farming as dignified and beautiful. Washington wished to train African American teachers so they could educate even more students on improved agricultural methods.

In 1896, Booker T. begged George Washington Carver to move from his career with Iowa State College of Agriculture and Mechanic Arts, now Iowa State University, to come to Tuskegee to share his genius with students and farmers in the black belt, so named for its rich soils and the caretakers who cultivated it. Carver was not only an agricultural expert, but he was also an artist and inventor. Carver’s innovations were rooted in science, but simplified and made more affordable. Crop rotation, for example, was implemented by Carver after observing severely nutrient depleted soils from intensive cotton farming over and over and over again. Carver spent 25 years studying crop rotation, which diversified the crops grown, thus providing food such as cowpeas, sweet potatoes, soybeans, and peanuts, while also improving the nutrients in the soil, which saves money and improves yields! His philosophies were rooted in teaching science and technology that would advance the rural communities, especially for Black farmers. 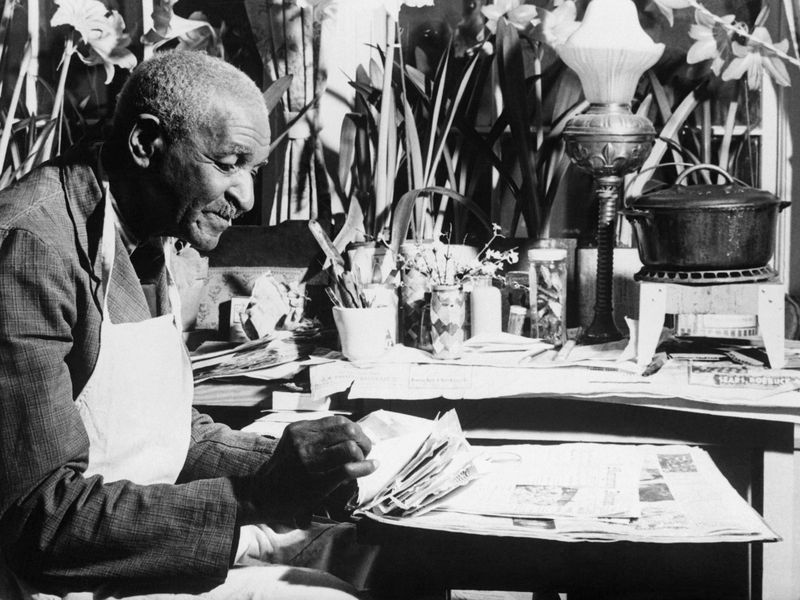 Carver’s philosophies were steadfast saying he was “following God’s will to be of the greatest good for the greatest number of my people possible.” He did just that by teaching many with a focus on developing trainings for time and literacy limited sharecroppers. Carver held 2-day agricultural conferences and short courses at night and in the off season to teach agricultural science to the folks farming the south. Carver was a problem solver, and when he noticed that there were still farmers that could not make it to his seminars, he developed the “Movable School” to bring the seminars to the farm.

Drawn by horses, the “Movable School” was a carriage outfitted with all of the latest gadgets to help the farmer. It moved about, extending the science learned at the agricultural experiment stations set up by the United States Department of Agriculture, including one at Tuskegee. 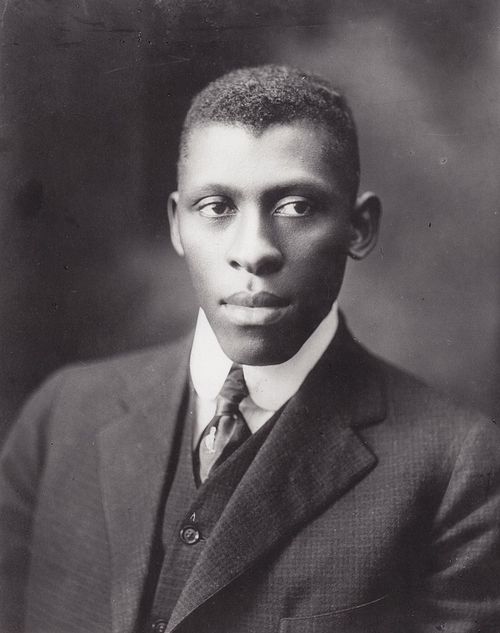 Thomas Monroe Campbell was a student of Washington and Carver at Tuskegee Institute. Upon graduation, Campbell was tasked with managing the “Tuskegee Movable School of Agriculture,” also known as the Jesup Agricultural Wagon, named after one of its sponsors. Campbell would parade the wagon around with seeds, fertilizers, planters and plows. He taught Black farm families improved farming methods that could lead to a vision of better life. Similar efforts were emerging along a similar timeline in Texas where W.C. Stallings was engaging in early Extension work before the official creation of Cooperative Extension. Both Thomas Monroe Campbell and W.C. Stallings were hired in November of 1906 to implement applied agricultural science and demonstrations for farming communities significant in laying the framework for the development of Cooperative Extension.

Campbell and Carver really exemplify Extension work… Campbell even turned down administrative opportunities to continue his commitment to Cooperative Extension. He, like generations of Extension Agents, was like the hub of the wheel where many spokes connect, ultimately supporting how the rubber meets the road. Extension Agents are intimately connected to their local communities, maintaining a pulse on the needs of the people, while being connected to the academic system that pushes science and technology forward. Often, the science is intended for individuals who were not formally educated in that subject area. 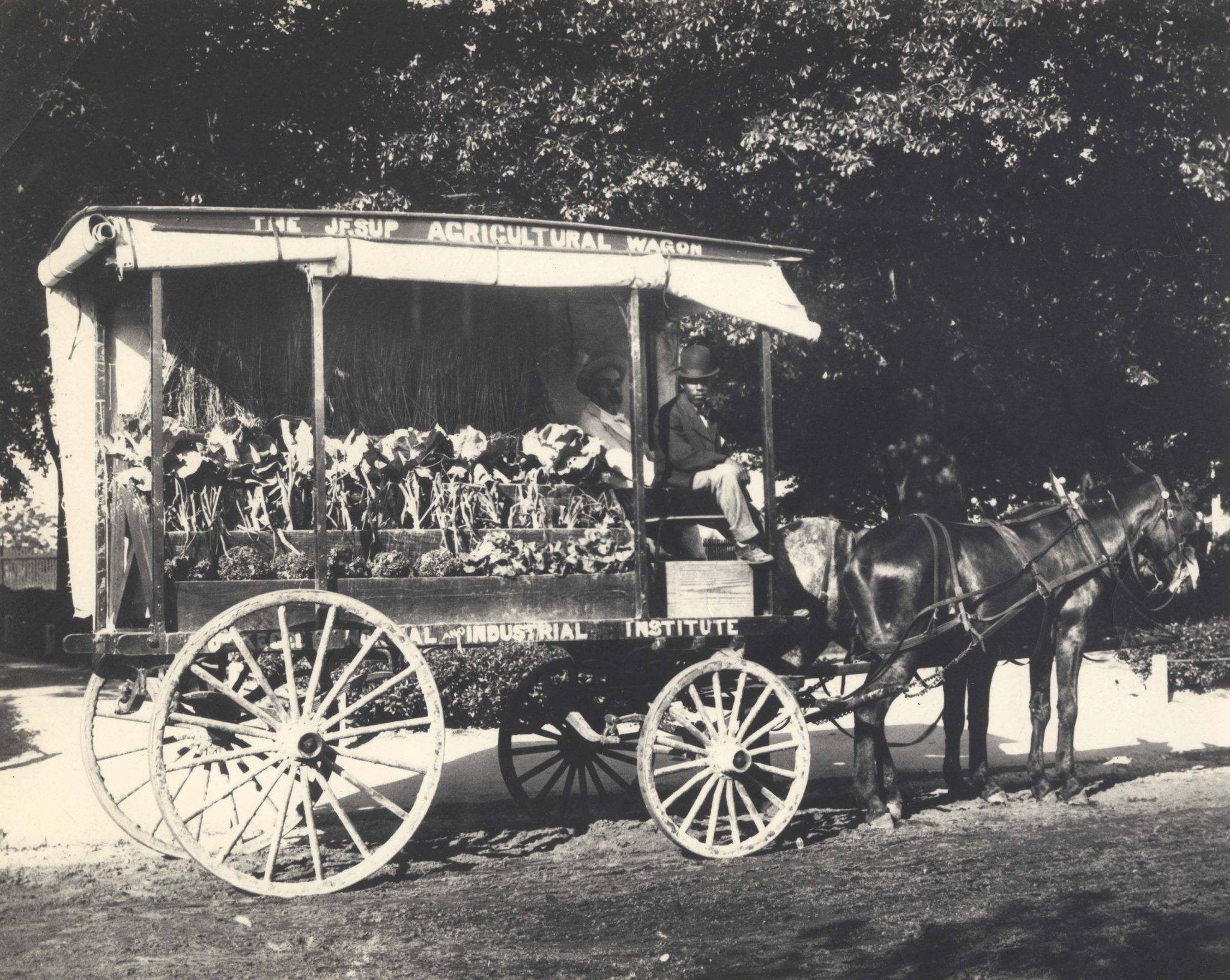 Today, the Extension mission is really not all that different, but the world around us is. In 1880, 49% of Americans were farmers, in 1920, 30% of Americans were farmers, and today 2% of Americans are farmers. Perhaps the true grit of the earliest Extension Agents and agricultural scientists committed to advancing the lives of farmers, were successful in extending agricultural science and technology so that now we can spend more time being freed from the farm… free to live, free to explore, free to challenge, free to inquire, free to advance education, free to be you, free to do whatever you want, free.

The one caveat is that as long as we eat, we will never truly be freed from the farm. And the great irony in all of this is that there are more people than ever on the planet, enough food for all of them, but inequities in the ability to access it. There are incurable environmental wounds, and people still working hard to overcome poverty. There are hungry and unhealthy people in our most impressive urban cities. Now, more than ever, we need science educators committed to being the hub on the wheel, connecting the science to communities, and the needs of the communities to the scientists. We need more movable schools and modern virtual schools. We need the next Booker T. Washington, George Washington Carver, Thomas Monroe Campbell, and Uva Mae Hester, the registered nurse who taught health and nutrition on the Movable School. When Campbell retired in 1953, there were 850 Black Extension Agents in the South. 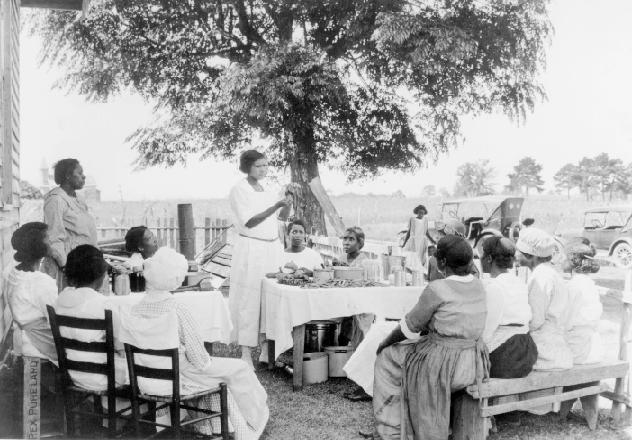 The questions and needs of our communities are still rooted in food production and nutrition, but today we look at soil and warehouses for food production. We still have robust nutrition education programs to ensure families are always equipped with knowledge of their fruits and veggies, how to select, prepare, and store them safely. Nowadays, our landscapes are more man made and managed than ever, so we teach people how to care for their lawns and tree limbs.  Extension Agents help to connect the dots from farm to food, food to society, society to environment, environment to well being, and uses foundations in science to support the vitality of our communities now and into the future.

If you are a teacher in Orange County, Florida and are interested in having a guest lecture about agricultural history, science, and careers, please send an email to Hannah Wooten at email hwooten@ufl.edu. If you are interested in more than a guest lecture, check out our 4-H Youth Development Program that has been making learning fun by doing since 1902, and continues to educate kids beyond the walls of the classroom today.

I encourage you to read more about the foundations of the United States Cooperative Extension System and the individuals behind it. I also admit that while this blog is highlighting the impressive contributions of good men, I understated the many hurdles placed that hindered the advancement of Blacks after the Civil War. Here are links to further reading thanks to the Journal of Extension and Encyclopedia of Alabama that are certainly worthy of your time and attention. 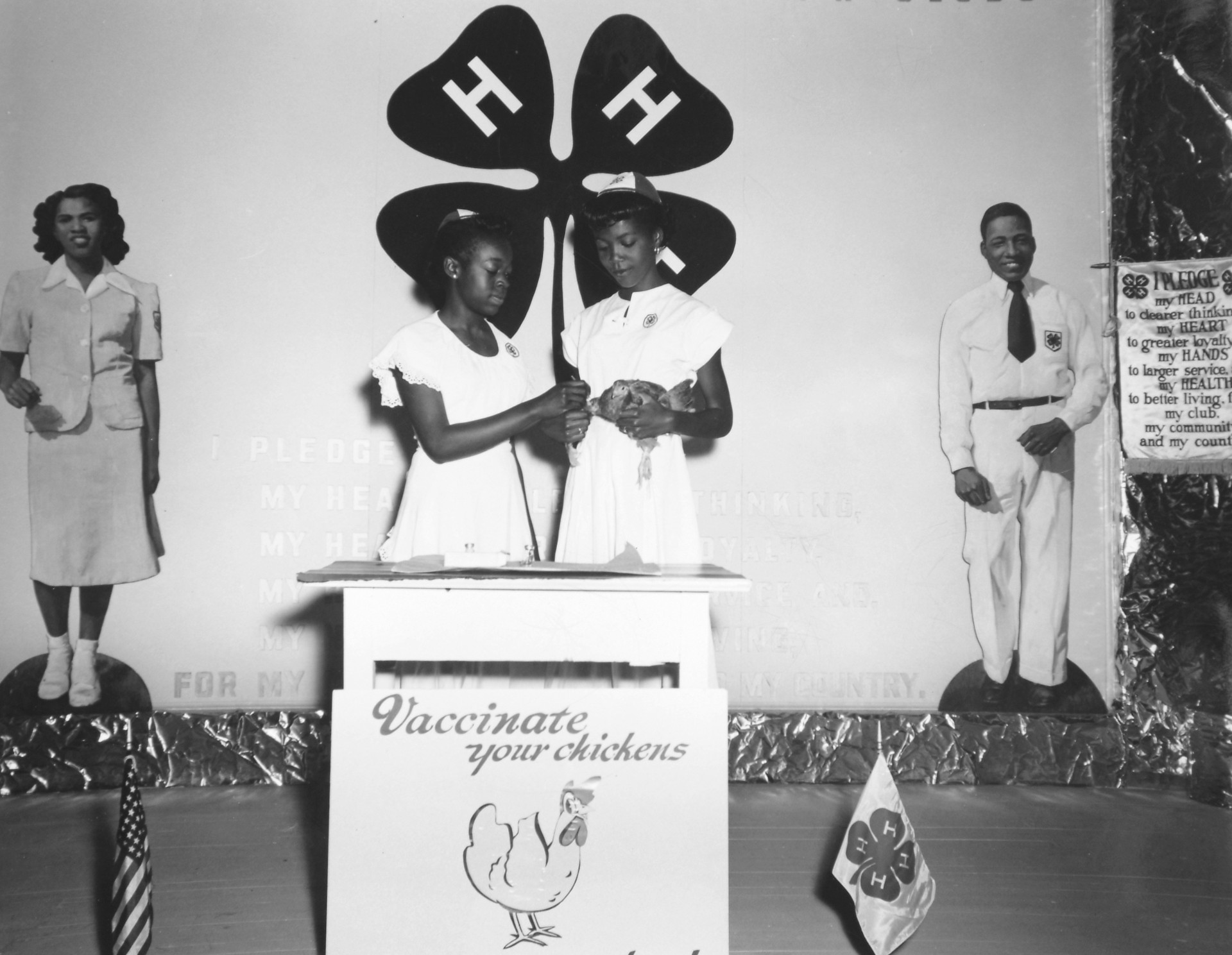 Cooperative Extension and the 1890 Land-Grant Institution: The Real Story