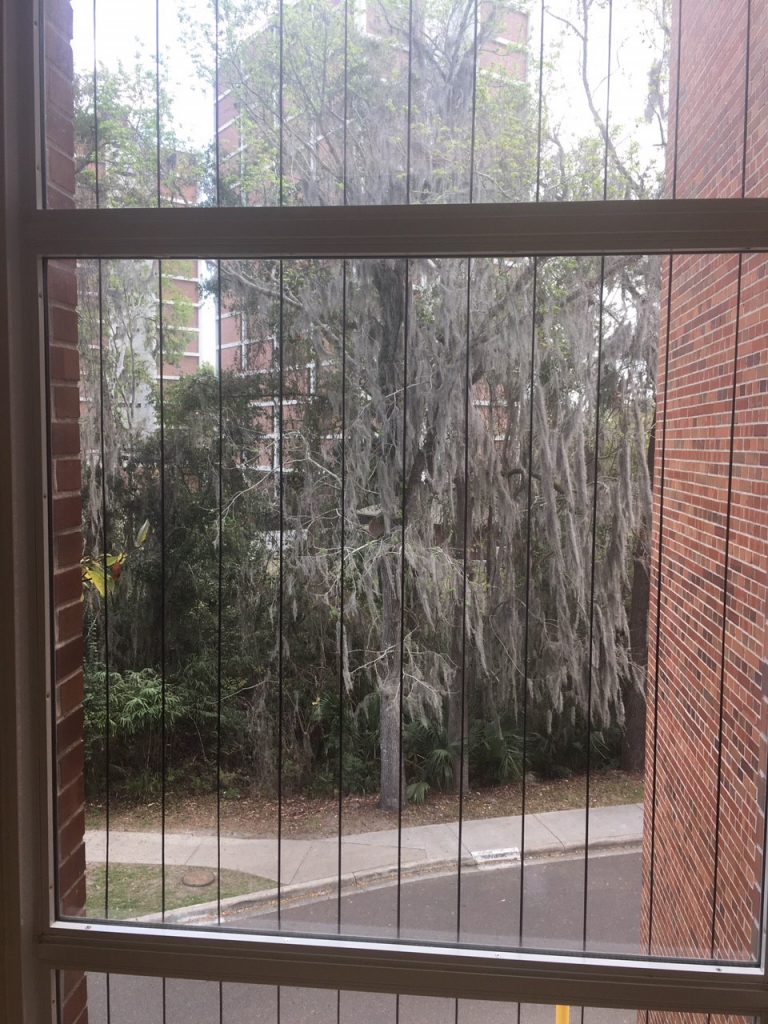 Several million birds die from window collisions in the U.S. each year, making it a leading cause of bird deaths, according to a UF wildlife expert.

“We’ve known about birds hitting windows across campus for years now. In my building, Newins-Ziegler Hall, we’ve had quite a few collisions,” said Mark Hostetler, professor of wildlife ecology and conservation in UF’s Institute of Food and Agricultural Sciences.

To the human eye, the new treatments look like thin vertical lines behind the glass. But to birds, these lines look like something they are very good at avoiding in flight: tree branches.

Birds hit windows because they look like something they can fly through due to reflection of the sky and nearby vegetation, Hostetler said. The vertical lines on treated windows mimic obstacles that are too narrow for most birds to fly through, so the birds avoid them, he said.

Hostetler wanted to know where these treatments would be most effective on campus.

“About two years ago, we organized students to monitor buildings across campus to see where the most collisions were occurring, with the goal of treating the windows so the birds don’t crash into them. We used an app called iNaturalist, which lets you record species observations wherever you were,” he said.

After installing the treatments in Newins-Ziegler Hall, there were zero recorded bird deaths due to collisions with the building’s windows, he said.

Called Acopian Bird Savers, these treatments consist of several black nylon cords hung on the interior or exterior of a window. The cords are attached with Velcro, making them easy to install and remove. They’re also more cost-effective than other potential architectural fixes, Hostetler said, and anybody can install them.

The two students ended up completing a more thorough survey of campus and found that Jennings Hall, one of the residence halls on campus, had a high number of collisions. They presented these findings to UF housing, which agreed to pilot the bird saver treatments at Jennings Hall. The first treatments were installed this spring, just as birds are beginning their migrations and begin to pass through Florida in greater numbers. 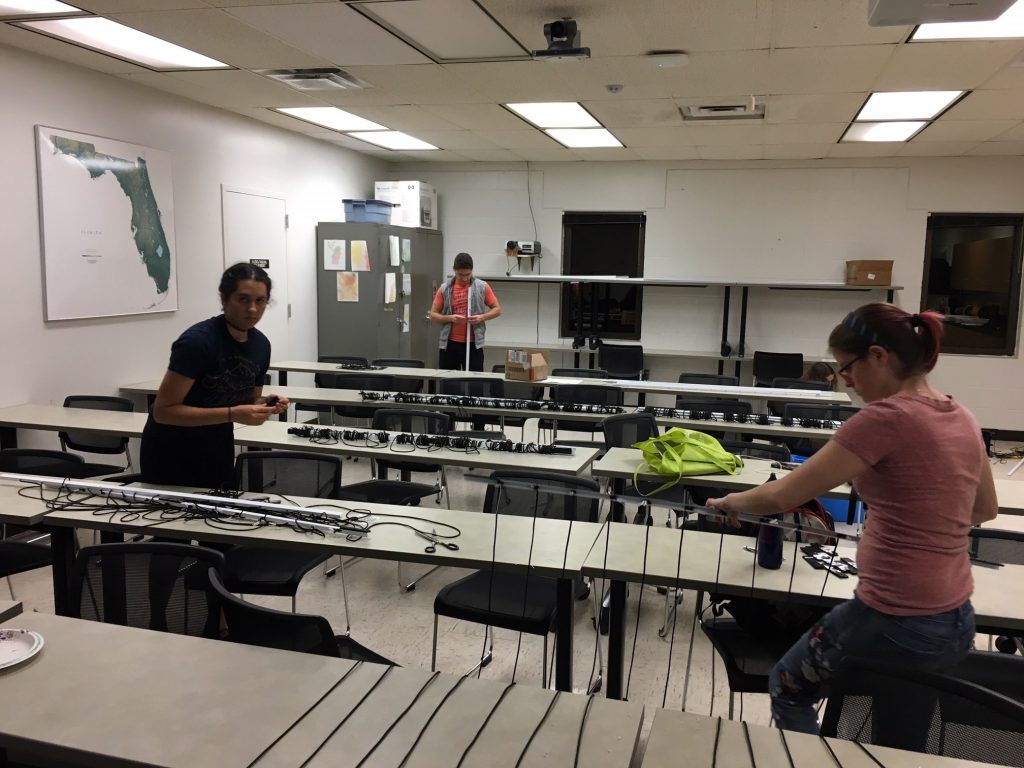 This is an example of data translating into a solution that’s implemented. That’s made it a great learning experience for the students involved, Hostetler said. About a dozen UF students, including members of the UF GREBE Club, have volunteered to assemble the bird savers before they’re installed.

“The project made me think a step further when considering solutions to environmental problem,” Trimble said.

“I learned a lot more about how a university like UF functions and how many people and organizations are involved in making decisions,” Marquez said.

Hostetler hopes the installations will soon be adopted in other places on the UF campus.