Smog of the Sea Screening

In honor of World Oceans Day, we are partnering with Zero Waste Gainesville and First Magnitude Brewing Co. to bring you a screening of the film Smog of the Sea. This event, on Weds, June 13th from 6-7:30 PM at First Magnitude Brewing in Gainesville, is free and open to the public. We will host a screening of the film followed by a panel discussion – all accompanied by great beer! Find out more about the film here: https://www.thesmogofthesea.com/smog-of-the-sea. Not near Gainesville? No problem! Check out this post with information about Smog of the Sea screenings around the state. These events aim to catalyze community and individual action to prevent plastic pollution of our oceans. The focus – refusing single-use plastics! 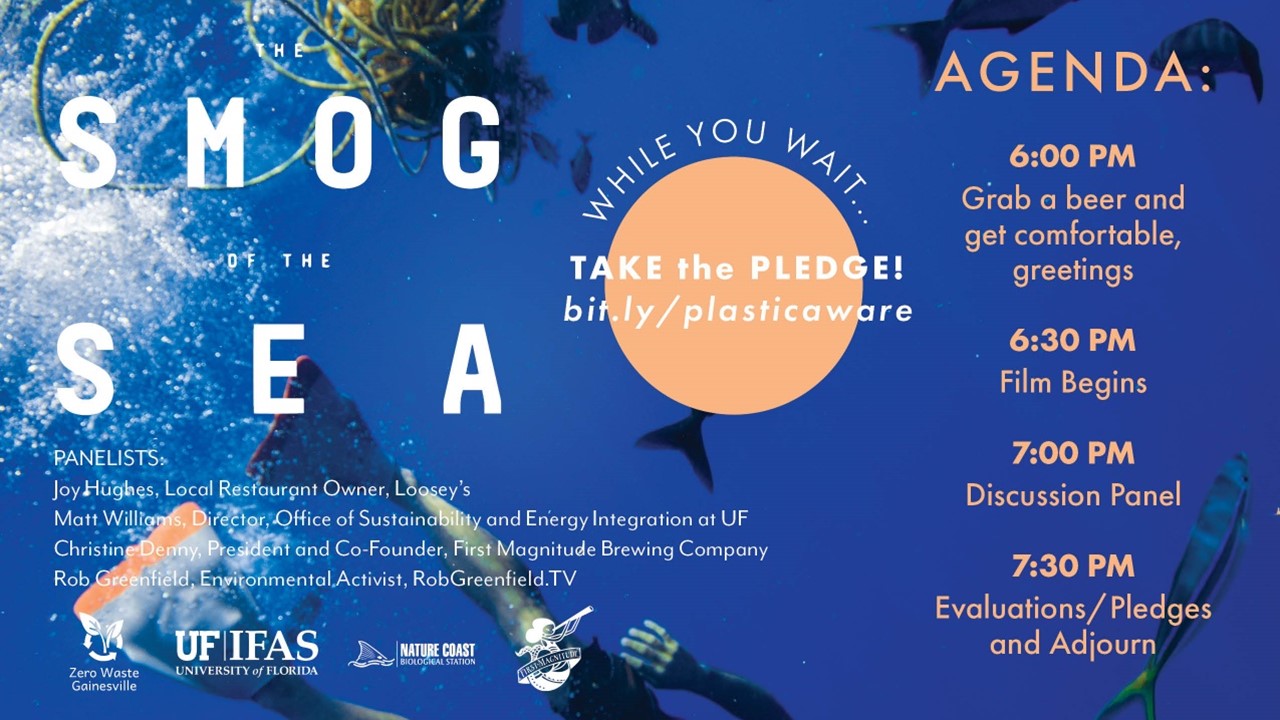 Even if you cannot attend the film screening, there is still a lot you can do to help with the problem. You can make your own personal commitment to reduce and refuse use of single-use plastics by taking a pledge. Share your commitment with the world on social media and encourage others to jump on board by using the hashtags #BeatPlasticPollution and #PlasticAware. Also, check out the great resources available from the Florida Microplastic Awareness Project. 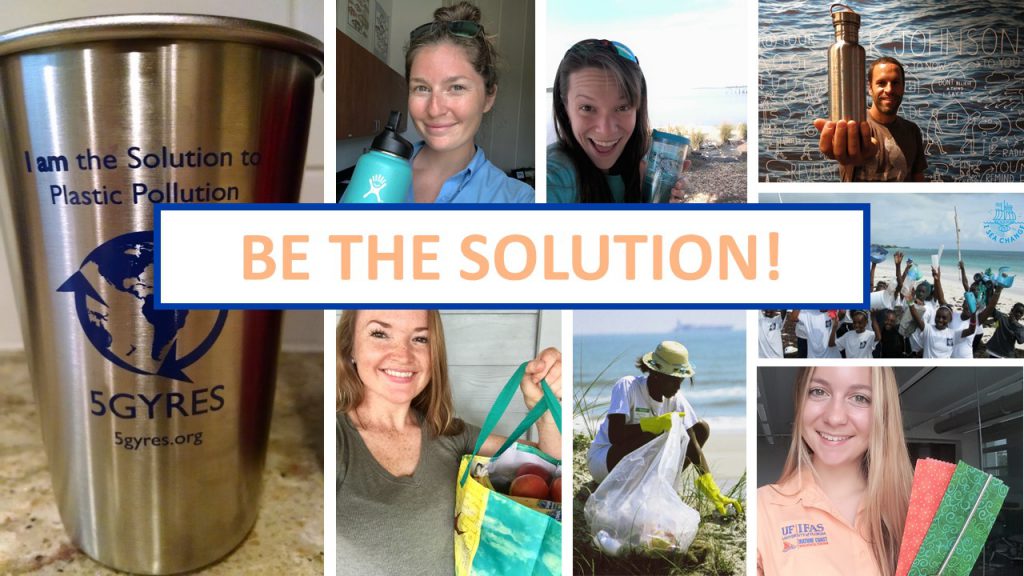 Film description (from the Smog of the Sea website):

“The Smog of the Sea chronicles a 1-week journey through the remote waters of the Sargasso Sea. Marine scientist Marcus Eriksen invited onboard an unusual crew to help him study the sea: renowned surfers Keith & Dan Malloy, musician Jack Johnson, spearfisher woman Kimi Werner, and bodysurfer Mark Cunningham become citizen scientists on a mission to assess the fate of plastics in the world’s oceans.”

“After years of hearing about the famous “garbage patches” in the ocean’s gyres, the crew is stunned to learn that the patches are a myth: the waters stretching to the horizon are clear blue, with no islands of trash in sight. But as the crew sieves the water and sorts through their haul, a more disturbing reality sets in: a fog of microplastics permeates the world’s oceans, trillions of nearly invisible plastic shards making their way up the marine food chain. You can clean up a garbage patch, but how do you stop a fog?”

“Using nostalgic super-8 footage, sparkling underwater cinematography, an original score by Jack Johnson and shipmate Simon Beins, and live action footage of the crew’s research, The Smog of the Sea provides a new perspective on the once pristine oceans, and makes an artful call to action for rethinking the scourge of the sea — single use plastic. Directed by Peabody Award-winning and Emmy-nominated filmmaker Ian Cheney (King Corn, The City Dark, The Search for General Tso).”