Trichomoniasis, commonly referred to as “trich”, is a venereal disease that impacts several species, including humans. In cattle, the disease is caused by the protozoa Tritrichomonas foetus, a motile organism roughly 33% larger than the head of a bovine sperm. To date, trichomoniasis has been identified in multiple states across the U.S. and is being regulated in several of them, including Georgia and Texas.

Infection of a female is caused by exposure to an infected bull, but rarely are visual symptoms observed. The female will become pregnant but will reabsorb or abort the embryo/fetus within several months of the initial infection. The female is generally able to remove the protozoa from the reproductive tract within 6 months, but some females will carry the fetus to term and become chronically infected cows. 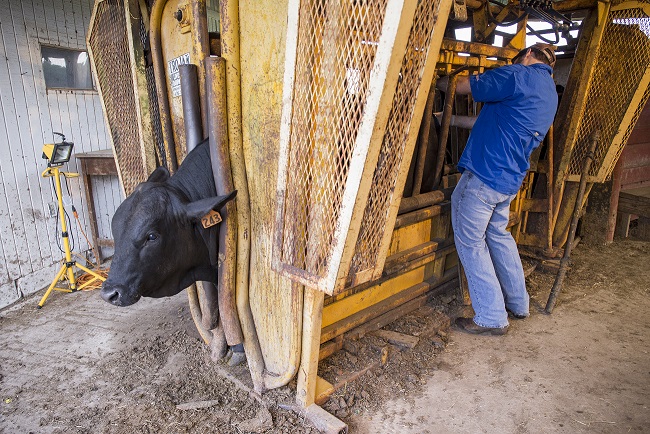 The disease is difficult to detect and treat, so control by management decisions is the key to prevention. There is a vaccination available but it does not eliminate the threat, it increases the ability of exposed females to clear the protozoa from their reproductive tracts quicker. Management strategies to reduce the impact of trichomoniasis on your herd, especially if the disease is present, include:

Three positive cultures are recommended to identify a positive bull, and the use of PCR testing can increase the precision of these tests. If you believe you may have an issue, are at increased risk of developing an issue, or are in an area with a known issue pertaining to trich, you should work with your veterinarian to design a control strategy.

Monitoring this disease is critical for the success of Florida cattle producers. An outbreak in 2001 in a herd of 161 females showed a decrease in pregnancy rates of 27%. Other factors that increase economic loss include selling trich positive bulls, culling females, and purchasing replacement males and females.