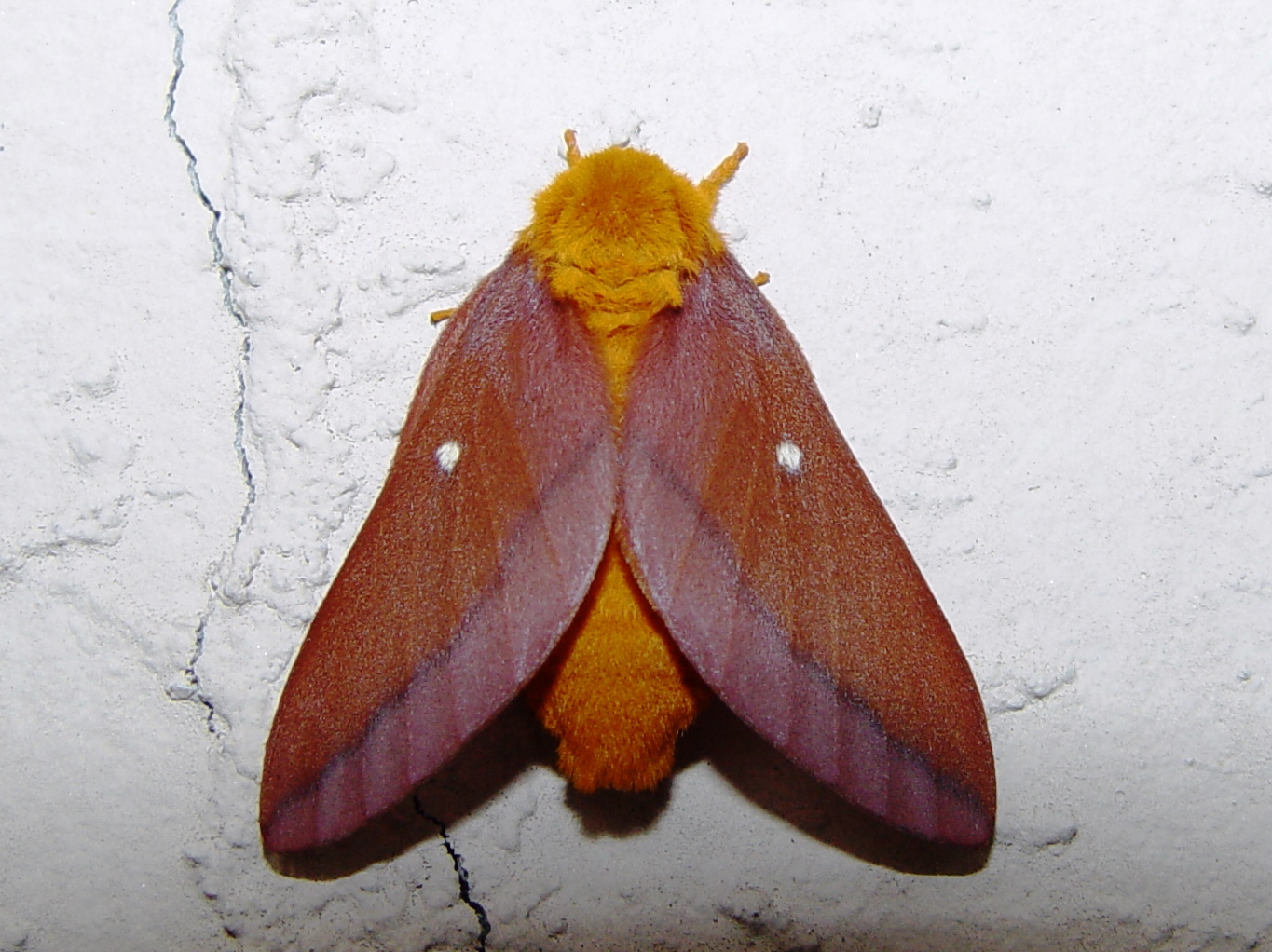 Q: What is the name of this moth? What does it eat? A: I believe the moth is the adult form of the spiny oakworm, Anisota stigma.  It is a very common moth and is found throughout the eastern part of the United States from lower parts of New England down to central Florida as far west as Texas and Minnesota.

The adult causes no damage to our landscape plants but the caterpillar feeds on numerous tree leaves – most specifically oaks. The spiny oakworm larvae can be an aggressive feeder but generally it feeds late in the season when most of the leaves of the oaks will be defoliating anyway.  Here in the south, the damage is minimal and mostly aesthetic.

Fully grown larvae enter the soil, pupate, and overwinter in the pupal stage. Usually only one generation develops during a year so they are not considered important enough for chemical control.  If there is significant loss of foliage, it is possible to reduce the overall growth of the tree, but a severe infestation would have to occur for us to be concerned.  The photos I have attached are of the early oakworm moth stage with wing buds. The wing buds have not fully developed which may take several hours to complete. The adult spiny oakworm moth is also photographed.  The robust body is bright orange with rusty-brown wings and a distinct white dot.  The wings have an iridescent purple cast – very pretty.  Females are larger than males.

← Do We Have Wild hogs in Northeast Florida?
Fact Sheet: African Iris →