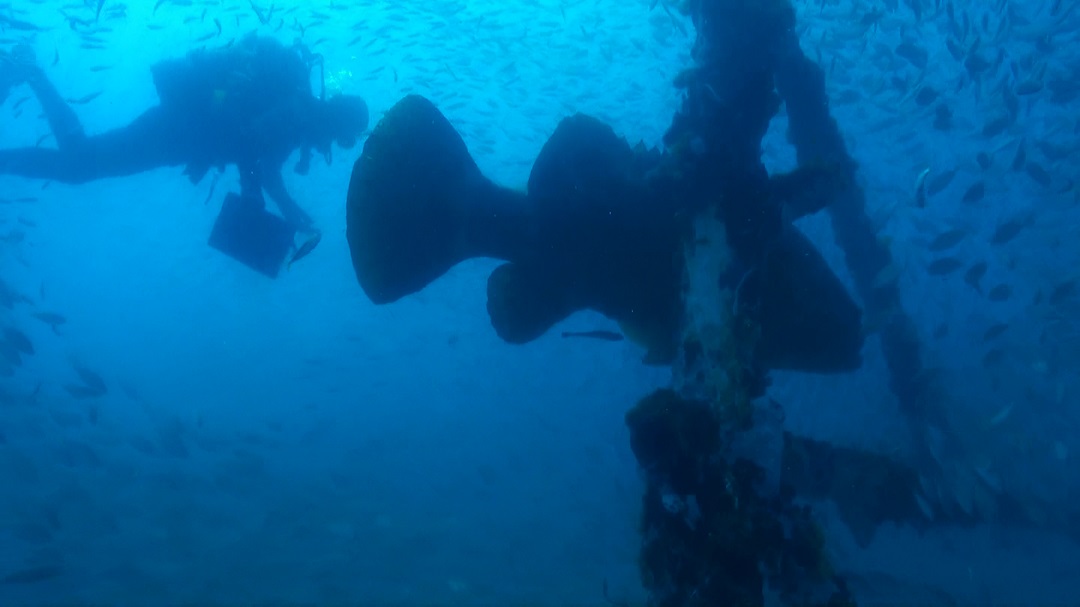 Goliath grouper are one of Florida’s most iconic fish.

Capable of reaching sizes greater than 7 feet in total length and weighing in at over 700 pounds, this fish is not afraid of much of anything.

A reef associated species, Goliath grouper are often encountered at shipwrecks, reefs, or any other structure that provides them with cover. They spend a lot of time resting in the shadows, and are easily approached by divers. If they feel threatened, they might respond with a signature “boom,” a sound like a bass drum that serves as a warning. They are not aggressive, however, and are often described by divers as “curious.” Referred to as opportunistic ambush predators, Goliath grouper naturally feed on crustaceans and slow moving benthic fishes – but they are quite capable of stealing a struggling fish off of an angler’s line and will readily consume an “easy” meal – to the chagrin of many fishermen. A Goliath grouper shows off the size of its mouth. These opportunistic predators naturally feed on invertebrates and slow moving fishes, but will readily consume a fish that is struggling on an angler’s line.

These behaviors, combined with the life history characteristics of the fish, make Goliath grouper vulnerable to overfishing. The species was fished to critically low levels through the eighties and by 1990 the population had declined to a point that fishery managers implemented an emergency closure. All harvest of Goliath grouper has been prohibited within the United States since 1990.

Since the fishery closure, the population within the southeastern US has shown significant signs of recovery. Increasing numbers of Goliath grouper have initiated a push by some sectors to reopen a fishery and the state of Florida is currently considering options for some sort of limited harvest.

Due to the lack of landings data that are typically used to monitor population status, stock assessment remains difficult and relies upon non-traditional data sources. Multiple research efforts are underway, especially in Florida, which aim to provide data that will inform future management.

The Great Goliath Grouper Count is one such project, and was established in 2010 as a partnership between Florida Sea Grant/UF IFAS Extension and scientists at the Florida Fish and Wildlife Conservation Commission’s Fish and Wildlife Research Institute (FWC/FWRI). The annual program involves trained citizen scientists who perform visual surveys at designated reef sites throughout the state. During the first seven years, cooperating partners – who now span the state from the Florida Panhandle to the Jupiter Inlet – have collected data through almost 400 surveys (and counted over 1,000 Goliath grouper!) This cooperation between stakeholders and scientists allows for efficient, large scale collection of fundamental fisheries data. These data are provided annually to stock assessment scientists at FWC and contribute to the ongoing effort to monitor the recovery of this iconic Florida fish. A diver counts Goliath grouper at a shipwreck in the Gulf of Mexico.