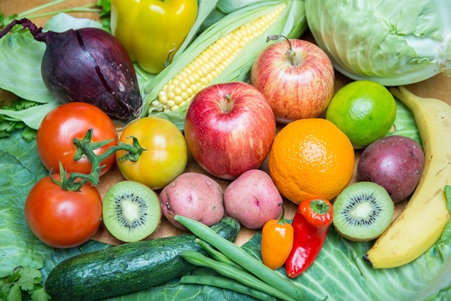 Do you find yourself in a sea of information overload and not knowing what’s true and what’s a myth?  Unfortunately, it can be difficult to decipher at times.  One of the first questions we should ask ourselves is why do we believe things about agriculture that are not always true?  Some reasons we do this would be that more Americans are removed from the farm than ever before.  Currently less than 2% of our population are farmers.  Information is at everyone’s fingertips, regardless of whether it is true or not.  We are quick to believe anything we read.

One of the biggest myths that I hear on a regular basis is that family farms are a thing of the past.  In reality, 97% of American farms are family owned and operated by individuals.  Another is that organic producers don’t use pesticides.  In reality, organic producers do use pesticides that have been approved for organic production.   However, they are not always as effective as synthetic chemicals so crops are often sprayed more frequently.  They are all registered with the EPA and must pass the same regulatory safety tests as the synthetic chemicals used by non-organic producers.  These are just a couple myths among the millions that are going around.

In contrast, a couple of the truths in agriculture that you rarely hear are that homeowners use the greatest concentration of chemical pesticides per acre.  The EPA has found that homeowners applied chemical pesticides at a rate eight times greater per acre than did farmers.  Another truth amongst the myths is the number of GMO crops approved for commercial sale in the United States.  Currently the only genetically modified crops commercially available in the United States are corn, soybeans, alfalfa, cotton, squash, papaya, sugar beets, and canola.  Any crop that is commercially available today has been modified by humans in some way for taste, yield or disease resistance.

It is important for the consumer and public to understand that much of the information being circulated on social media, news media and on the street are untrue claims of agriculture.  It is important, now more than ever, to verify the truth of what you read or are being told.  Be an informed consumer and make up your own mind rather than believing what someone tells you.  Ask questions and do your own research using reputable sources.  Agriculture producers would much rather answer your questions than have more misinformation spread.

Christa Kirby is a Livestock Extension Agent with the University of Florida IFAS Manatee County Extension Service.   She works with livestock producers across the county on best management practices to be good stewards of our land and resources for future generations.