Reef Fish Return to the Deep!

Reef fisheries are economically important to commercial and recreational industries throughout the state of Florida. Most species are carefully managed through quotas, size limits and seasonal closures; however, these regulations are effective only if released fish survive. 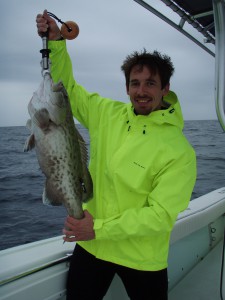 are working with stakeholders to collect data regarding gag grouper survival after catch and release.

To date, scientists have collaborated with a group of recreational anglers to fit over 70 gag grouper with acoustic tags.

After tagging, fish are either vented or descended to the bottom using a weighted release device.

Through the involvement of the recreational fishing community, this work is providing data regarding survival and behavior of gag grouper after typical catch and release activities in the eastern Gulf of Mexico. 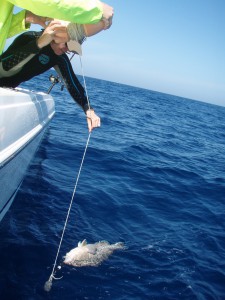 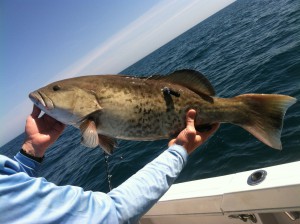 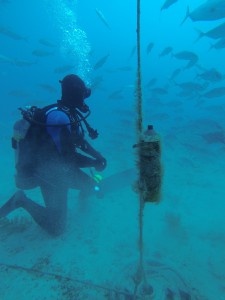