The following students are moving on to 4-H District Events, which will be held in Live Oak, FL on Friday, April 27 starting at 5 o’clock in the evening.

In photography, there were 52 entries with individual medals going to Kaedyn Lesher (Junior) Emily Tomczak (Intermediate) and Mackenzie Henderson (Senior). 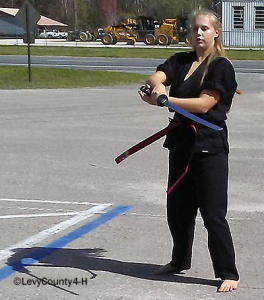 There were seven fashion revue participants. Some items were done by first year sewers and other were personally sewn. Medal winners included Annabelle Whitehurst (Junior) and Mckenzie Micheletti (Intermediate).

Non-Food demonstrations had three teams and three individuals participating. Medal winners were Courtney Holcomb (Junior) and Zeke Bruner (Intermediate) demonstrating how to make a “Homemade Lava Lamp” and “How to make an Origami Boat”. 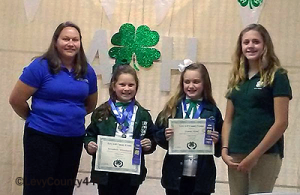 After the awards were given out everyone enjoyed a yummy pizza lunch.

Genevieve Mendoza is the 4-H Youth Development Agent for Levy County, FL. She specializes in camping and citizenship/leadership. Genevieve has been with UF since 2005 and part of UF/IFAS Extension since November 2016. ...