Plants That Can Poison Your Pets 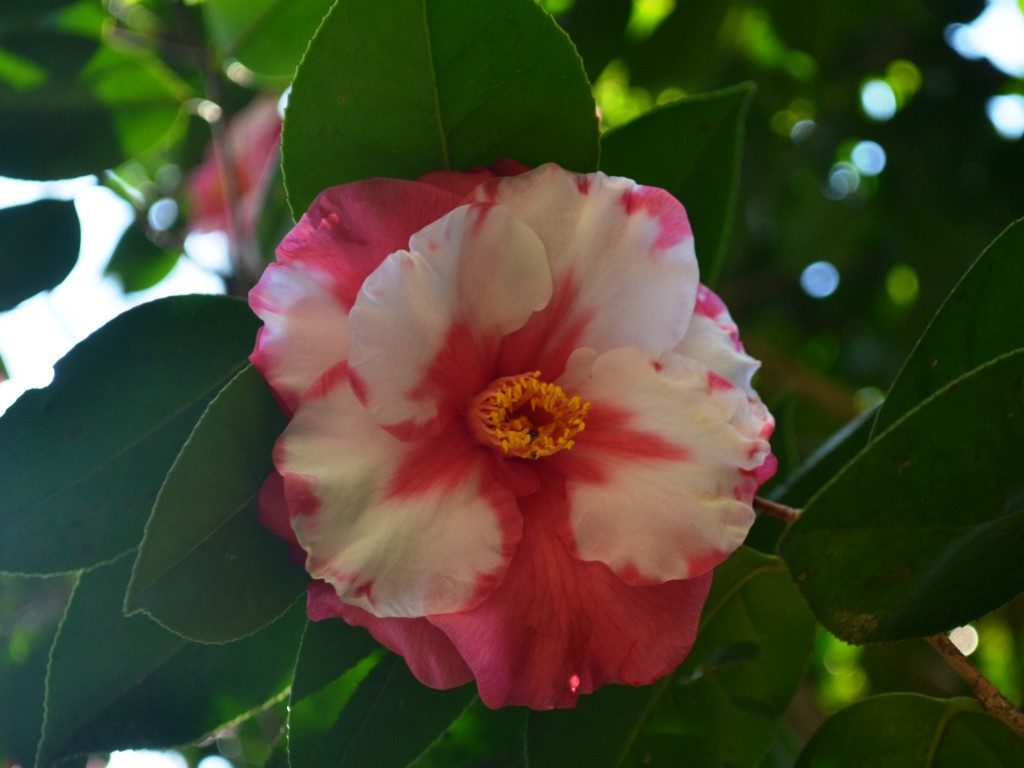 One January I was out in my garden and noticed our young golden retrievers chomping down on camellia blossoms. Hey, it was better than eating the wallboard. One by one they picked off blossoms until there were no flowers on the bush from three feet down. They seemed to be quite entertained with this new found activity. Luckily, my camellia bushes are 8 to 12 feet high, so most of the flowers were safe. Then I started to wonder if camellias were toxic. A little research revealed that all parts of the camellia plant are safe. A lot of our teas are made from certain species of camellia.

The focus of this article is on plants that may harm your pet. However, to put things in perspective, there are many non-plant toxins that can harm your pet. The Animal Poison Control Center — part of the American Society for the Prevention of Cruelty to Animals (ASPCA) — typically handles more than 180,000 cases per year of pets exposed to potentially poisonous substances. Calls about pets eating plants is eighth on the list, coming after such things as prescription human medications, insecticides, over-the-counter medications, veterinary medications, household products, and certain people food. Please pay attention to these other potential poisons.

Plant toxicity acts as a defense against grazing animals. These toxins make the plant smell or taste bad and pets will generally avoid them. However, young pets may eat them out of curiosity or boredom.

Because a plant is listed as toxic does not necessarily mean that ingesting that plant is fatal. Many of the plants on the toxic list will cause diarrhea and vomiting, but no life-threatening conditions – other plants can be dangerously toxic to your pet. The plants listed below are common to Tallahassee and may cause a problem. Being aware of the potential hazard may save your pet some discomfort and help avoid an expensive trip to the vet.

First, let’s deal with the plants that are highly toxic. Oleander is a beautiful ornamental shrub, but all parts of the plant are poisonous. In fact, people have been poisoned by using the branch of an oleander as a skewer to roast a hotdog over an open fire. Another highly toxic plant common in Tallahassee is the sago palm. All parts of the plant are poisonous, but the seeds or ‘nuts’ contain the largest amount of toxins. The seeds are orange and are slightly larger than a pecan. One seed could kill your pet. One more highly toxic plant is the caster bean. This plant contains ricin and ingestion of a small amount of seeds can be lethal.

True lilies (Lilium), which include such types as Asiatic, Trumpet and Oriental lilies; and Day lilies (Hemerocallis) are toxic to cats, but not dogs according to ASPCA. Ingestion of any part of these plants can cause kidney failure. Amaryllis, narcissus, and calla lilies, typically used in the holiday season, are toxic to both dogs and cats. Another bad boy is the angel trumpet, a shrub with trumpet-shaped flowers. The flowers and seed pods are the most dangerous.

Other plants that are in some way considered poisonous, but less so than the plants mentioned above, are azaleas, hydrangeas, rhododendron, laurels, nandina and some hollies. Vines that may pose a threat are English ivy, wisteria and Carolina jasmine. Indoor plants that make the list are pothos, schefflera, dracaena, dieffenbachia, philodendron, and peace lily. The ASPCA web site provides a comprehensive list of poisonous plants.

Luckily, most of our pets are not attracted to toxic plants. If by chance your pet is attracted to one of these plants you should remove the plant. However, you may not witness your pet eating the plant so look for any of the following symptoms: acting disoriented, holding head down, refusing to eat, or drinking large amounts of water. Vomiting or diarrhea is a likely symptom, but this could be caused by something other than a poisonous plant. If you suspect poisoning, seek professional help.

There are plants and trees that, while not toxic, can cause problems if eaten. Our golden retriever Moose liked to chew up pine cones, which we tried to discourage. One day I was feeding Moose and he hung his head down and just stared at his food. We knew something was seriously wrong so we were off to the emergency vet. It turned out that he had ingested part of a pine cone. In addition, he had also eaten one of my wife’s knee high stockings. The pine cone pieces and the stocking got knotted in a ball and caused an intestinal blockage. Moose made a full recovery and the vet got our year-end bonus from work.

Mike Fagan is volunteering as a Master Gardener in training with the UF/Leon County Cooperative Extension Service. You may also email us at Ask-A-Mastergardener@leoncountyfl.gov with any gardening questions you may have.