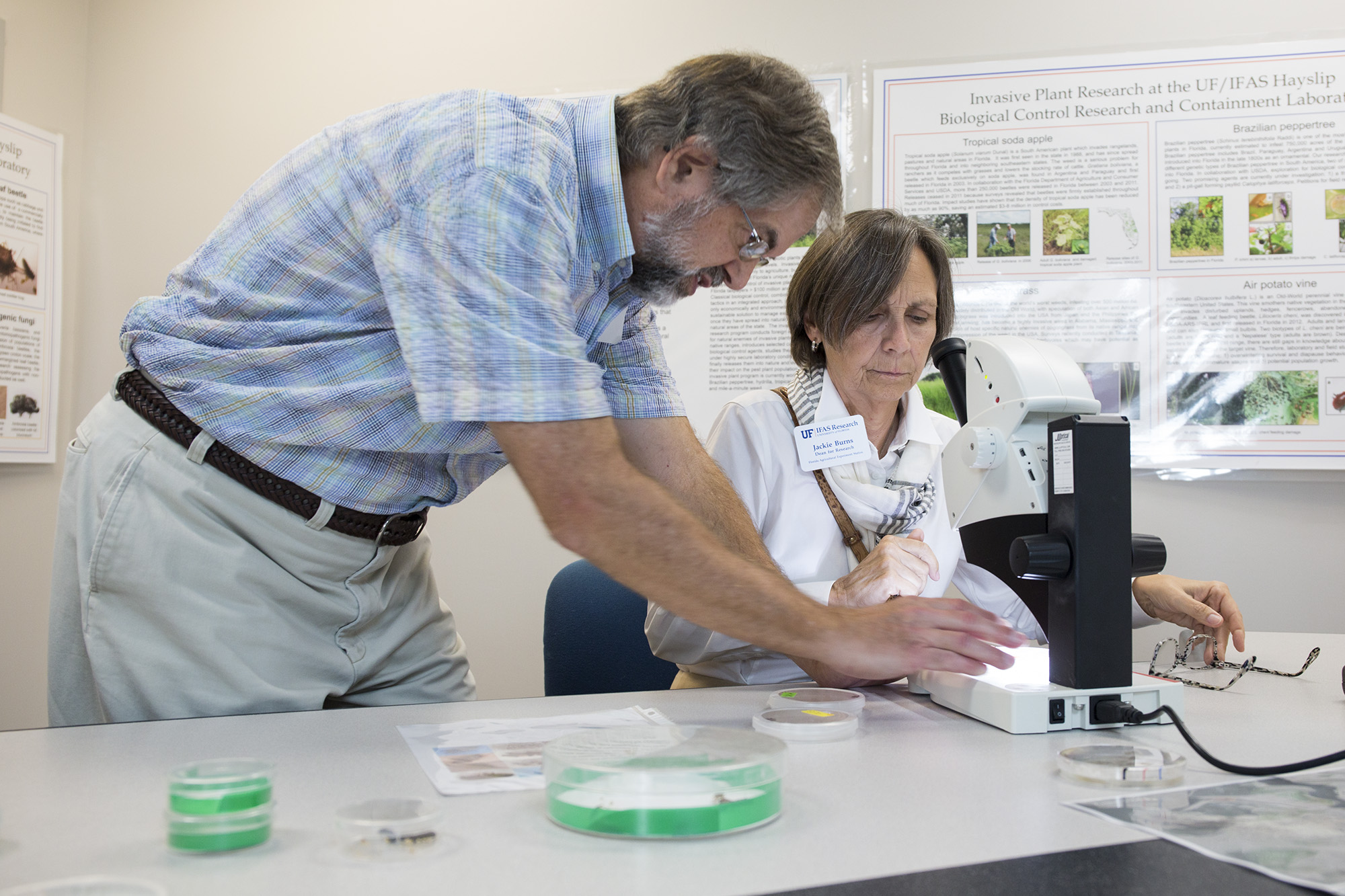 A devoted science fair judge, mentor, and research scientist recognized for expertise with entomopathogenic fungi has been recognized by the University of Florida Institute of Food and Agricultural Sciences with a Superior Accomplishment Award.

Pasco Avery is a Biological Scientist III at the UF Indian River Research and Education Center near Fort Pierce (UF/IRREC). The center is part of the university’s statewide Institute of Food and Agricultural Sciences, one of twelve research locations situated in the state’s most important agricultural production regions.

“Dr. Pasco Avery is, without question, Florida’s premier expert on a group of fungi that only kill insects and mites and are important tools in pest management,” said his supervisor, Dr. Ronald D. Cave, director for the UF/IRREC. “He deserves the award, which will be added to a long list of additional awards presented to him for his work.”

Avery leads The Entomopathogenic Fungi Research Laboratory at the UF Fort Pierce location in which he tests fungal biopesticide products that control pest arthropods that attack crops. Florida’s food producers want to use biopesticides as part of their integrated pest management programs because they are safer for their workers and the environment. Avery tests the biopesticide products for their effectiveness when used against specific arthropod pests and also their compatibility with beneficial insects and agrochemicals used in agricultural pest control. The results of his research are reported in numerous publications in highly respected journals.

In addition to testing biopesticides, Avery teaches scientific experimental design and methods to local students. He has for the last two years served as head judge for the Treasure Coast Regional Science and Engineering Fair.

For his work for UF/IFAS, Avery trained 13 students and laboratory technicians to design experiments. Those students include UF graduate students, undergraduates from Zamorano University in Honduras, a student visiting from an Italian university, a post-doctorate research scientist with the U.S. Department of Agriculture, a University of Minnesota graduate student, and UF employees.

Avery has mentored 15 local high school students who participated in the Treasure Coast Regional Science and Engineering Fair. All of the students were selected to participate in the state science fair, many of which who won prestigious placement awards at both the state competition and some who advanced to compete at the international level. Avery also designed teaching modules in topics about entomopathogenic viruses, bacteria and fungi for the online Biological Control and Pest Management courses offered at UF.

In 2015, Avery was inducted in to Gamma Sigma Delta, the Agricultural Honor Society. He was recognized in 2010-2012 and 2014 by the Florida Entomological Society with Achievement Awards for Teaching K-12 for his work with students in the Research Coast Florida Junior Academy of Science 4H Club. The Florida Entomological Society also recognized Avery with an Achievement Award for Research in 2010.