The invasive species infographics were used as part of a social media marketing campaign to call attention to National Invasive Species Awareness Week. The United States marked National Invasive Species Awareness Week from February 26 to March 2, 2018. It is important to note that Florida has more invasive species than any other state in the country, with 28 ports of entry. Invasive species not only destroy ecosystems, but they also cost the state approximately $100 million a year (not including Asian Citrus Psyllid) in destroyed environments and via the costs of efforts to manage and control them, according to Alan Hodges, UF/IFAS Extension scientist in the food and resource economics department. Invasive species affect homeowners, landowners, agriculture, aquaculture, tourism and recreation, and natural resources. 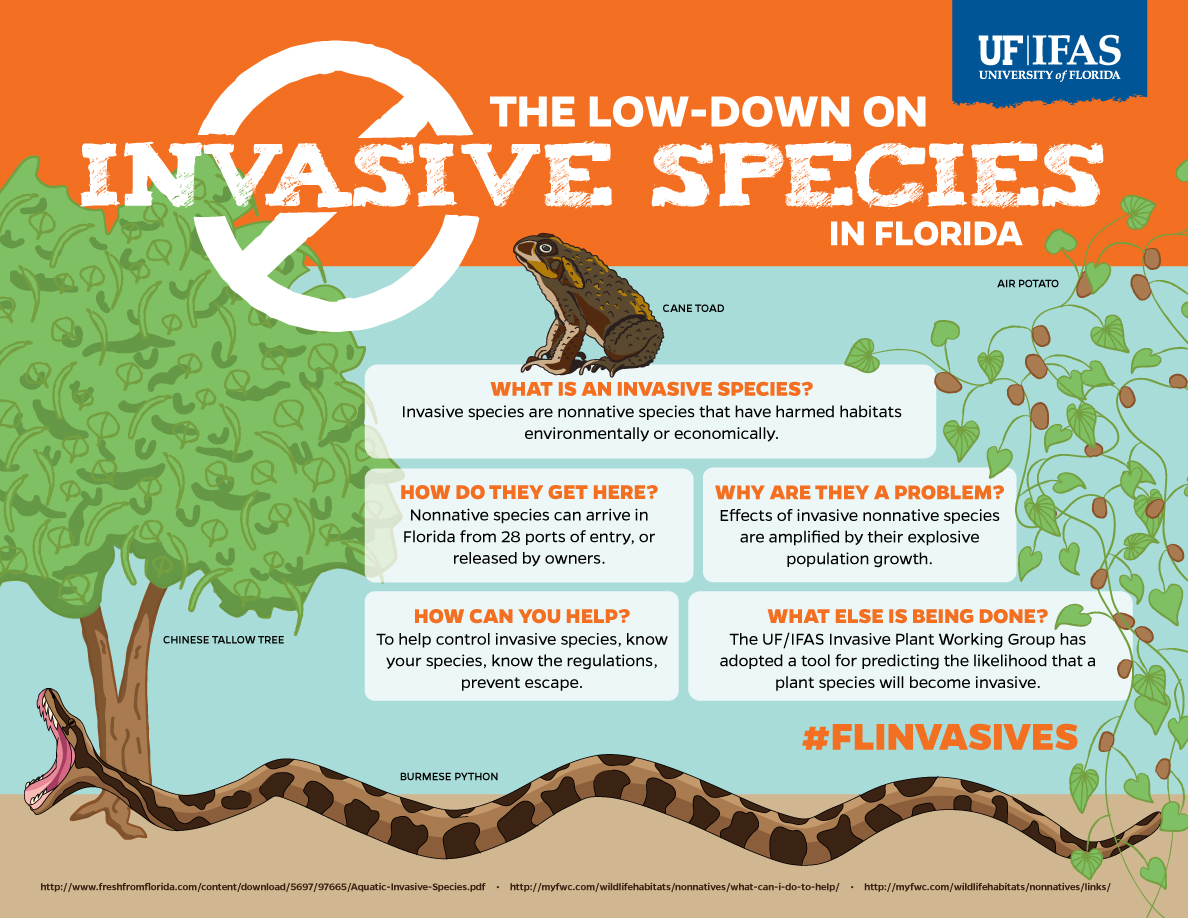 Tracy Bryant is the Director of Creative Services with UF/IFAS Communications based in Gainesville, FL.