With only its second year under its belt, the Holmes County 4-H Youth Fair saw some very talented youth and exhibits on Friday evening, November 17, 2017, at the Holmes County 4-H barn. Eighteen youth ranging from age 5 to 13 participated in this year’s youth fair divisions with a wide range of entries 30 various exhibits, 10 rabbits, 6 rabbit showmanship competitors, 1 talent showcase, and 5 show & tell demonstration speeches. Youth had their entries on display Friday evening so that family, friends, and community supporters could view and compliment the hard work and life skills learned prior to the live demonstrations and competitions. 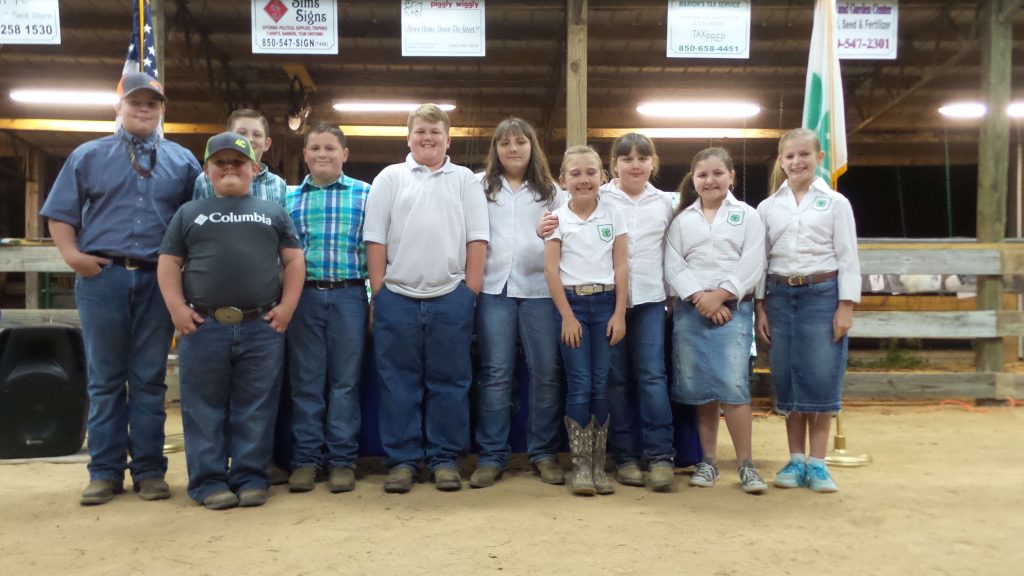 The fair started with youth showing their rabbitry skills in the barn, all skills previously learned through hands-on activities and educational lessons in the Holmes County Rabbiteers 4-H Club led by Kim Gilbert, volunteer. Standing before the judge, each youth had to pose their rabbit, display the various body parts, 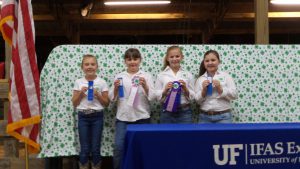 and answer questions such as breed, identification, grooming, and care of the rabbit. All youth participating in the rabbit showmanship portion of the evening scored high points and were awarded blue ribbons for their efforts. 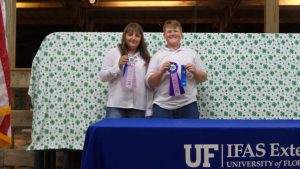 Later in the evening, baring the cold, several youth took front and center to impress the audience with knowledge learned from 4-H programming throughout the year. The Faircloth boys, Tate and Tucker, educated many with the various types of livestock fencing available and their ability to install such fencing. Their knowledge and speaking abilities earned them a blue ribbon. Another youth, Bryon Cook, demonstrated a 48 move karate demonstration in the talent show in the Junior Division, earning him a Best of Show rosette and $25.00 for his hard work and presentation skills. But that is not the only talent in the Cook family. Wess Cook, a 4-H Intermediate, demonstrated his skills and knowledge of the bullwhip in the Show & Tell Demonstration division of the fair, earning him a Best of Show rosette and $25.00. 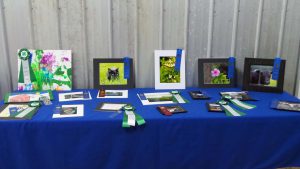 demonstrations. If you would like to learn more about Holmes County 4-H, partnerships and upcoming events, please contact Niki Crawson at the UF/IFAS Holmes County Extension Office, ncrawson@ufl.edu or (850) 547-1108. You may also find Holmes County 4-H on Facebook at https://www.facebook.com/ufifasholmes4h

Nicole Crawson has worked as the Holmes County 4-H Extension Agent with University of Florida/IFAS Extension for over seven years. She has her Bachelor's Degree in Mass Communication and her Master’s Degree in Public and Corporate Communication. ...