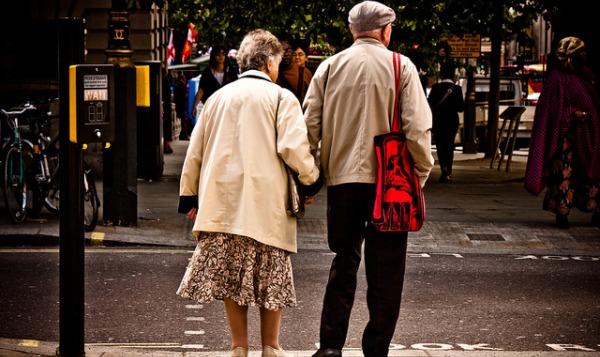 Heading for That Golden Anniversary? Here’s a Bonus You Might Not Expect

If you’ve been married long enough, you’ve probably heard (or maybe made) jokes about it: the idea that sexual frequency declines as the years pass. Some people even tend to assume that older couples have little to no sex life at all. But does sex really disappear as we get closer to that golden anniversary?

A recent study of over 1600 older adults between the ages of 57 and 85 just might turn around a few of our assumptions. Men and women were asked how often they had sex and how physically pleasurable and emotionally satisfying it was. Researchers also collected information on people’s health and employment, the length of their marriages, their general marital satisfaction, and so on.

Some surprising findings emerged. In some ways, it did seem to be true that people who’d been married for more years had less sex. Frequency gradually declined as marital duration increased, bottoming out right around 30 to 50 years of marriage.

But then it started to pick back up again! Yes, according to this study, there was an uptick in sexual frequency once couples had been married for 50 years. And another interesting finding was that men and women who were still in their first, original marriages tended to have more sex than couples who’d remarried.

Researchers suggest that these older and highly committed couples may feel more comfortable and secure in their relationships, leading to more frequent sexual connection. Feelings of trust and commitment are, after all, known to be good for our sexual relationships. It’s also possible that those couples who’ve “made it this far” are especially well suited to each other.

However, the researchers aren’t certain of all this, and it’s worth noting that longer-married couples and couples in their first marriages didn’t seem to have more physically or emotionally satisfying sex than other people. Good health and strong and happy relationships did predict overall better sex, though.

Another fact worth sharing from the study is that the majority of adults between 65 and 74 are still sexually active, and their satisfaction with their sex lives is also pretty high. This is a good thing, since an active and satisfying sex life provides plenty of physical and emotional benefits.

Sexuality is an important topic for couples as they continue down life’s road together. Studies like those show that the situation is much more multifaceted than we might believe. For more, visit the resources in Further Reading.

← To Save More Money…Get a New Chair?
When Exercise Isn’t Healthy Anymore →