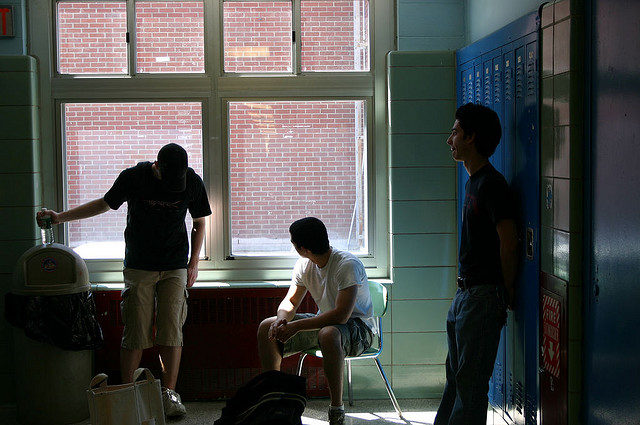 If you’ve seen Tina Fey’s funny movie “Mean Girls” or read the far more serious books “Queen Bees and Wannabes,” then you’re familiar with the idea that today’s tween and teen girls tend to engage in a lot of teasing and social exclusion. It’s a concern that’s gotten a lot of attention in recent years, especially in light of some tragic bullying-related suicides.

Are Girls Really “Meaner” Than Boys?

Some wonder, however, about the constant focus on “mean girls.” Is it really true that this type of behavior, often called relational or indirect aggression, is significantly more common among girls than boys? While some studies find that slightly more indirect aggression is committed by girls, others have concluded the opposite. Still others find no difference between the sexes. One thing we do know is that relational aggression tends to peak in the middle school years.

Researchers recently followed a group of over 600 randomly selected Georgia sixth graders for six years to find out more. Each year, the young people completed surveys saying how often they did things like excluding others, spreading rumors, and teasing. They also said how often they were victims of acts like these.

However, at every grade level, boys reported engaging in more victimization of others than girls did. Meanwhile, girls reported more experiences of being targeted, and fewer incidents of targeting others. It’s important to remember that none of the aggression in this study was physical, so all of these incidents were of the type often thought of as “mean girl” behavior.

So what do these findings tell us about social aggression among tweens and teens? It’s possible, of course, that boys and girls report, remember, or interpret these incidents differently. However, this research does seem to contradict the popular wisdom that girls are frequently socially cruel to each other while boys don’t “do” this type of behavior.

For parents, the take-home message is probably that girls and boys both definitely have the capacity to tease, exclude, leave others out, and otherwise be socially aggressive. And real damage is done to both sexes by this behavior. If you have concerns about social aggression and your tween or teen, visit the resources in Further Reading.

← Do Kids Like Low-Sugar Cereal?
How Clean is Your Kitchen? →