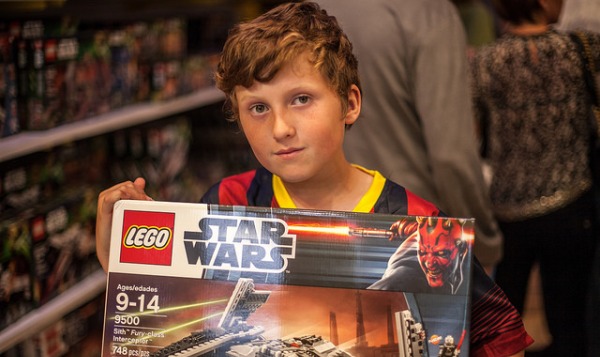 Too Much of a Good Thing? Gifts and Rewards for Kids

When I was a child, I had a friend whose parents routinely rewarded her with money—and quite a bit of it—for bringing home A’s on her report card. I was a little jealous, and asked my parents why they never paid me for my grades. “Good grades are their own reward,” they told me…an answer I found disappointing at the time.

The Joy of Rewards?

Did your parents gift you with money, toys, video games or other such items when you did well in school, made the team, or otherwise performed as they hoped you to? Did they often buy you items that they knew you wanted, simply to make you happy? It certainly can be tempting to motivate kids this way. And probably every parent sometimes feels the urge to “treat” his or her children to a gift you know they’ll love.

However, experts caution that this parenting style could backfire. For instance, studies have found that when we materially reward children for behavior, they may be less motivated to repeat that behavior for its own sake later.

A Road to Materialism?

And could loading kids up with gifts and rewards in childhood also breed materialistic adults? Maybe so. A recent paper in the Journal of Consumer Research looked at the recollections of hundreds of adults about their childhoods (in some cases, parents also contributed). For instance, were they frequently rewarded with gifts and material goods? Did they get a lot of presents and treats “just because”? On the flip side, were their favorite material items taken away from them when they misbehaved?

Then, what about today? Did they believe that owning more expensive “stuff” would make them happier, or make other people like them more? Did they admire people with fancy possessions, and judge others’ success by what they owned?

Material Parenting Affects How we Think as Adults

After looking at the numbers, the researchers came to some interesting conclusions. First of all, using a lot of material rewards and giving a lot of gifts was actually linked to high parental warmth–perhaps because this is how some people show love and approval.

But these practices did have a downside. Those who reported a childhood with a lot of emphasis on “things” did tend to judge people’s success by the things they owned and to look up to people with expensive possessions. They also were more likely to think that owning expensive items would cause other people to like and respect them. However, and importantly, they were not more likely to think that owning more “stuff” would actually make them feel happier.

What are some alternatives to so-called “material parenting”? When kids and teens do well, give specific, clear, and genuine praise. Find ways to help your child feel his or her own sense of pride in accomplishment (“You really did well this semester—you must be so proud”). And rather than giving constant material gifts, try focusing more on special experiences, family traditions, or simply spending time together. Most of us are likely to occasionally reward or “treat” our kids for this and that, but if we choose to also focus on the nonmaterial, a different kind of reward will follow.

← Buried in Debt? How Student Loans are Affecting Young Adults
Do Late Bloomers Do Better? →