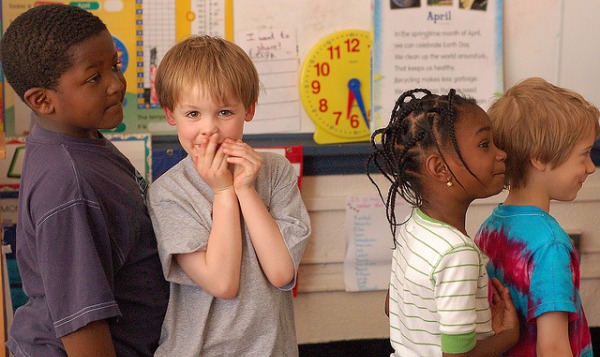 Should We Wait a Year for Kindergarten?

If you have a preschooler with a late summer or early fall birthday, you may be wondering whether to enroll your child in kindergarten on time or hold him or her back a year. The practice of delaying kindergarten is often referred to as “redshirting,” after a college athletics strategy where players are held out for a year to give them an advantage on the field.

Is Holding Them Back a Good Idea?

While many parents and teachers support redshirting, believing it gives children needed time to mature, some experts point to research showing mixed results. For instance, while the practice may confer academic advantage for a few years, one study showed that any differences disappeared by third grade. And other studies suggest that children who have been redshirted may have poorer attitudes about school, and are more likely to one day drop out of school.

Yet to many of us, the practice appears to be becoming more and more common. A 2013 study in an education journal looks at data from over 20,000 children nationwide to learn more about how many children are being redshirted, and who they are.

More Common in Some Families

About 4 to 5% of children in the sample had been redshirted–a relatively small number, though the percentage varied quite a bit by area. Twice as many were boys as girls, and white children were six times more likely to be redshirted than black children. Redshirting was also found to be much more common among children from wealthy families.

But had the decision to redshirt been justified? Did these children have noticeably lower skills in any area? Strikingly, this study found that neither teachers nor parents rated the social or academic skills of 4-year-olds who later went on to be redshirted as weaker than those of children who later started kindergarten on time. Standardized testing also showed that these children weren’t behind their peers. The researchers speculate that parents in certain areas and communities may simply be redshirting in response to community norms.

In contrast, many lower-income parents did rate their children’s skills as weak. However, few of these boys and girls were redshirted, likely due to the significant cost of an additional year of preschool while waiting for kindergarten to start.

Redshirting can create classrooms with an extremely wide age range, potentially affecting school dynamics; its long-term effects on children are also fairly unclear. Parents should carefully consider their child’s true readiness before making this important choice. If you are concerned about your preschooler’s readiness for kindergarten, speak with your preschool teacher or pediatrician, or schedule an evaluation through your state’s Child Find or early intervention program.