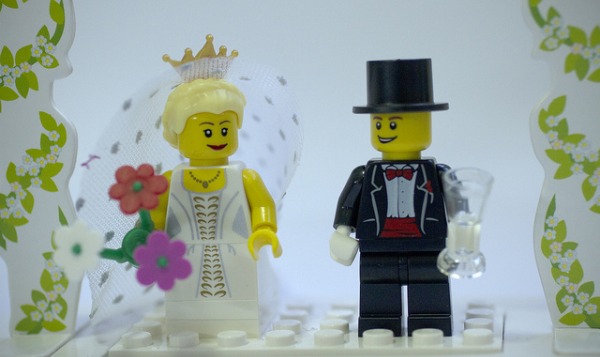 Is Anyone Getting Married Anymore?

It’s sure to have come up around many tables this holiday season: “So…are you seeing anyone special?” Or maybe, “Any chance the two of you have got…an announcement?” (Yikes. Who wants some more mashed potatoes?)

If you were sitting in this hot seat recently, you might be interested to know that you’re far from alone in remaining single. According to the Pew Research Center, the percentage of Americans who have never been married is now at an all-time high. Today, one in five of us over the age of 25 is in that category, compared to a mere one in 10 back in 1960.

It’s important to note that not all unmarried adults are actually without a partner. Some are dating seriously or living with someone. (The number of people cohabiting has, of course, increased dramatically in recent decades.) But many of these unmarried people are truly single.

So, do people still want to get married? Do they even feel marriage matters? According to Pew, the situation looks mixed. Over 10,000 adults from across the country were recently asked if it was better for society for people to prioritize marriage and childrearing—or if it makes no difference if people had other priorities than these. About half the respondents agreed with the first statement, while the other half chose the second. However, there was a huge difference by age! Two-thirds of those in the Millennial generation (ages 18-29) said that it doesn’t matter if society doesn’t prioritize marriage and children. Meanwhile, 55% of those over 50 felt marriage and kids should be primary.

Yet even among Millennials, the majority of those who have never wed still say they want to get married at some point. However, this number, too, has gone down in recent years. More people now say they are “unsure” about eventually marrying.

Why Not Tie the Knot?

As for why we aren’t getting married as often as we once were, answers differ. A little less than a third say they haven’t found what they’re looking for in a spouse, while twenty percent say they’re not prepared to settle down or are just too young. About a quarter say they’re not financially ready to marry. Economic instability came up particularly often for younger unmarried people, many of whom are not college-educated today. This is a big change from the past, when people with higher degrees, especially women, were less likely to be married than those without them.

Indeed, if current trends continue, there will one day be many more never-married adults over age 50 than the country has ever seen—25% of that age group, or even more. This number does not include people who are divorced, separated, or widowed. This major change in our lifestyles is likely to have lots of implications. But for those who are currently unmarried, it’s likely you won’t be the only one without a wedding ring at future holiday tables.

← Guns in the Home: Is Your Child Safe?
Which is Healthier for Kids–School Lunch, or Packed Lunch? →