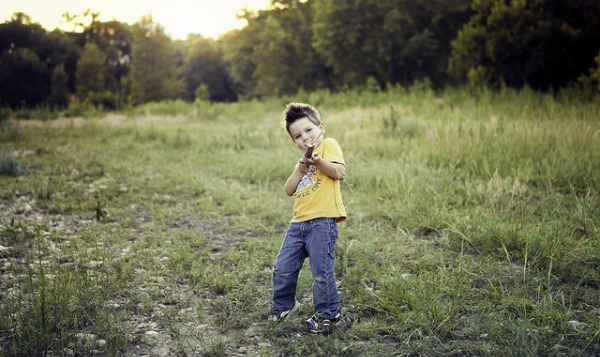 Guns in the Home: Is Your Child Safe?

Although plenty of parents feel uncomfortable with it, many children engage in pretend gun play. Some even “make their own” out of sticks (or blocks, or toast!) if no toy versions are available. While such play is normal, it’s important to realize that children are attracted to real firearms as well. Unfortunately, in some households, these dangerous items are unsecured.

In fact, one study found that 20% of American gunowners with children under 18 store their guns loaded. About 30% said they leave their guns unlocked. Households with teens were especially likely to store guns unsecured.

Tragic accidents can and do occur when young people access unsecured firearms. Having a gun in the home also substantially increases the risk that a teen will commit suicide using that firearm. This is true even for teens without any known psychiatric diagnoses. Teens also are involved in a substantial percentage of accidental firearm injuries and deaths.

Since about 40% of American households contain a gun, millions of young people are at risk. While the American Academy of Pediatrics advises parents that the safest household is one without firearms, they recognize that this may not be practical for all families. If you choose to own a firearm, keep it securely locked and unloaded at all times (with ammunition locked up separately), don’t ease up on these precautions as your children get older, and be aware that gun safety education programs for youth have not been proven effective. Also know that in more than 20 states, adults who do not store their firearms appropriately can be held criminally liable if a child harms someone with the gun.

Even if you do not own guns, your child may still be at risk in the homes of relatives or friends. The organization Asking Saves Kids urges parents to ask, “Is there an unlocked gun in your house?” before sending kids to an unfamiliar home. This simple question could make all the difference.

When it comes to firearms and children, the utmost caution is a must. Take steps today to ensure your child is as safe as possible.

(Photo credit: An imagination is a great weapon. by Travis Swan. CC BY 2.0. Cropped.)

← The ABLE Act: New Law Helps Federally Disabled Save For the Future
Is Anyone Getting Married Anymore? →