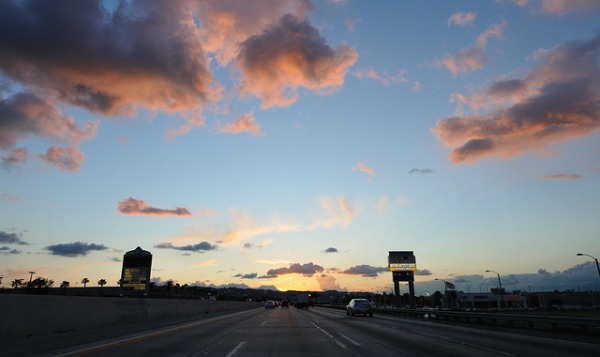 Is Your Commute Affecting Your Marriage?

What’s your daily commute like? Is it a brief, easy trip, a sometimes-stressful journey through city traffic, or a real slog? I work from home, so my “commute” is from my bedroom to my office—not bad! But at a job I held years ago, I had an hour-long commute that I really hated. It definitely didn’t improve my daily mood.

People commute long-distance for many reasons. Housing may be cheaper or preferable in an area far from the workplace. Maybe you’ve changed jobs, but want to stay in the same home. Perhaps you were offered a great but distant job you couldn’t turn down. Or, you may just live in a congested area where traffic is bad or public transportation is slow and unreliable.

Spending a lot of time in transit every day can really affect us. In fact, some research suggests that long-distance commuters feel less satisfied with their lives than people with short commutes.  People with children may find lengthy commutes especially stressful.

Recent research that followed more than 2,000,000 Swedish adults for 5 years suggests that commuting can take a toll on marriage, too. About 9% of the married or cohabiting adults in the study were classified as long-distance commuters, meaning they had a one-way commute of around 45 minutes or more. After analyzing the data, researchers found that couples where one member was a long-distance commuter were more likely to split up over time—a whopping 40% more likely, in fact.

Before you hand in that letter of resignation, though, there a few things you might want to know about the details of these findings. Although couples with a commuter fared worse overall, the researchers found that people seemed to “get used to” the commuting lifestyle if they stayed with it long-term, reducing their risk of breaking up. People who’d already had “practice” in commuting before getting into their relationships also fared better.

And perhaps most interestingly, men and women seemed to be affected differently by their commutes. While men with a long commute were much more likely to split with their partners, women with lengthy commutes were actually less likely to divorce or break up. The authors aren’t sure why this is, but suggest that women may be better at finding work-life balance in the face of a long journey to and from work.

Consider the Costs and Benefits

So, should you worry if you or your partner spend hours in the car or on the bus or train each week? It’s important to note that this study took place in Sweden, not the US, and that findings might differ here. It’s also worth remembering that many people choose to commute for good reasons, including higher pay and better housing. But we do know that commuting can carry costs—physically, mentally, and maybe to your relationship. It’s something to consider as you get behind the wheel.

← Is There a “Two-Income Trap”?
Help! Someone in My Family Wants to Go Vegetarian →