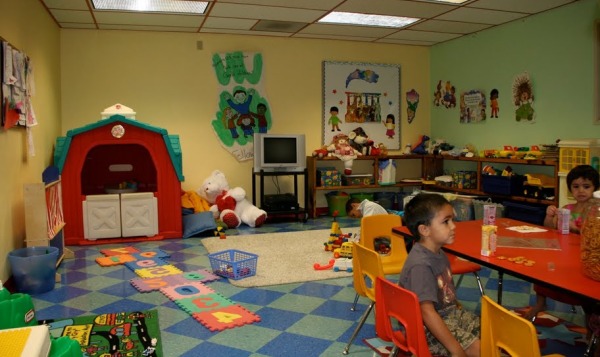 Is There a “Two-Income Trap”?

Since having my two children, I’ve been every type of “mom” there is: a stay-at-home mom, a freelancing mom, a full-time working mom, and now, a part-time mom telecommuting from a home office. These decisions about how, when, and whether to work haven’t always been easy, but I’ve been fortunate to have options available.

What are the Costs of Having Two Working Parents?

One factor that’s definitely always played into my decisions about whether and how much to work has been the costs we incur from both parents being employed. These need to be weighed against the obvious benefit of more income. The biggest cost, of course, is childcare, which used to be a really big expense, but is much less so now that our children are school-aged. But as most families know, there are other costs to having both parents employed, too. Transportation and work wardrobes don’t come cheap, and families may rely more on convenience foods, take-out, or services that help with housework or other household tasks when both parents work.

What’s more, there are other costs to a two-earner household that some of us might not regularly consider. If you’ve ever paid attention to debates about income tax, you may have heard of something called the “marriage penalty”—the higher tax rate paid by married couples where both partners work. For instance, a two-earner married couple earning a total of $200,000 will likely pay more total tax than two single people earning $100,000 each, since the two-earner couple will be in a higher tax bracket due to their combined income (and may also be subject to the alternative minimum tax.) Although legislation has reduced some effects of the marriage penalty, it’s still a potential cost for some families.

When considered together, these costs from becoming a two-earner family may look a bit discouraging at times. In fact, some families might wonder if it’s “worth it” for the second spouse to work, especially because doing so does usually create some stress and scheduling issues for moms and dads. But is this is a worry based in reality, or are these financial costs far outweighed by the significant financial benefits of a second income? A recent study of over 900 families looked at the question more deeply.

The researchers found that overall, two-income families did spend more money per year. However, they also earned, on average, substantially more money. And after controlling for income and separating out families’ costs into different categories, a surprising truth emerged. While two-earner families spent a bit more on work expenses and household labor substitutes, that extra spending was dwarfed by similar single-income households’ far greater spending on other expenses. Single-income families were spending more on things like food at home, mortgages and house repairs, clothing (other than work clothes), entertainment, and utilities.  And while dual-earner couples did incur more costs due to higher taxes and higher Social Security contributions, these still didn’t outweigh the other, higher expenditures by single-income families.

These findings about spending in different families are interesting, and may help some parents make decisions about working or not. However, in the end, families have to weigh the costs and benefits themselves–and these questions are more than just strictly financial. We all have unique circumstances and opportunities to consider as we decide how to handle the delicate balancing act of work, family, and home.

(Photo credit: Church Nursery at Christian Church of the Hills in Agoura Hills, CA by Chris Miuccio. CC BY 2.0. Cropped.)

← “Memory Care”: An Option for People Living with Dementia
Is Your Commute Affecting Your Marriage? →