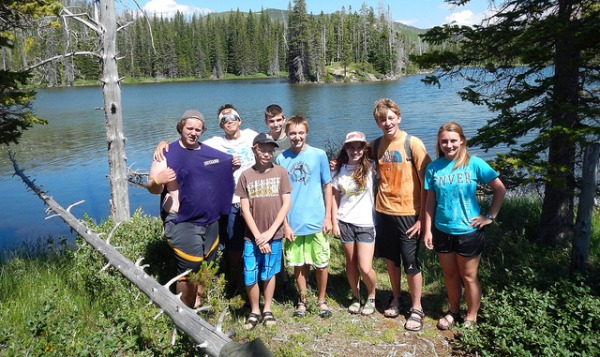 How Did One Week Without Screens Change a Group of Tweens?

My first job right out of college was teaching environmental education classes to sixth graders at a beautiful outdoor education center on a large preserve. The children got a week away from school to come and stay at the center and have “class” outdoors all day. Although the hours were long and the pay was low, the work was rewarding. The kids got a lot out of the experience–both from being outside in nature, and from the challenges and rewards of being away from home in a group environment.

Although the Internet wasn’t much of a presence at that point, and cell phones certainly weren’t an issue, I do remember a few kids complaining about missing their TVs. Today, of course, kids spend more time with screens than they did then—according to some estimates, as much as five to seven hours per day. A recent experiment took advantage of a screen-free nature camp (not unlike the one I once taught at) to see how an enforced break from screens might affect today’s media-dependent children. In particular, researchers focused on how a screen-free week in a highly social environment might improve young people’s ability to understand facial expressions and body language.

Could Just a Week Affect Kids’ Ability to Read Emotions?

About 50 sixth-graders who attended the camp were compared to about 50 sixth-graders from the same school who would attend later that year, but hadn’t gone yet. Students not at camp remained in school and had a normal week, with no restrictions on screen use. At the beginning of the week, all students were tested on their ability to interpret the emotions of others based on body language and facial expressions. Five days later, they were retested.

Students who’d spent the week at the nature camp, where all types of screens (including cell phones) were prohibited, made noticeable gains in their scores. They did significantly better on the tests at the end of the week than at the beginning. Meanwhile, students who’d stayed in school made little progress.

It’s possible that the general experience of the camp had something to do with these improvements. However, it also seems likely that the total lack of screens, combined with a lot of in-person communication, played a part. Multiple studies have demonstrated the importance of “live” human interaction for socialization and learning, especially when it comes to children.

While there’s still much to be studied about our reliance on screentime for socialization and entertainment, this research is a reminder of the importance of occasionally taking the time to “unplug” and be with each other F2F (a.k.a. face to face). It may be almost as hard for you as it is for your tween or teen, but why not give it a shot on your next family getaway?

Of course, few of us are likely to totally ban screen media from our lives any time soon. With that in mind, here are some tips from Common Sense Media to help keep screen use under control and in perspective for your family. Watch or browse with your child or teen, and talk about the content of what you see. Share your own values, especially when it comes to how we treat each other as human beings, and compare them to what you’re seeing on whatever size screen you’re gathered around. Also remember to be a role model in terms of healthy screen boundaries. Turn phones and tablets off at dinner time and during family time, and leave the TV off except when someone is actively watching it. Finally, set daily limits for screen use. Especially when it comes to older kids, this is a number you’ll need to discuss with your family—but simply having a boundary is extremely important.

CommonSense Media: Provides reviews of movies, TV shows, games, music, books, and websites (includes ages 2–4 and 5–7, as well as older), as well as other helpful guidance for parents with screentime concerns.

← Deciding on a Nursing Home? This Research May Help
Love Me, Complete Me, Save Me From the Wolves →