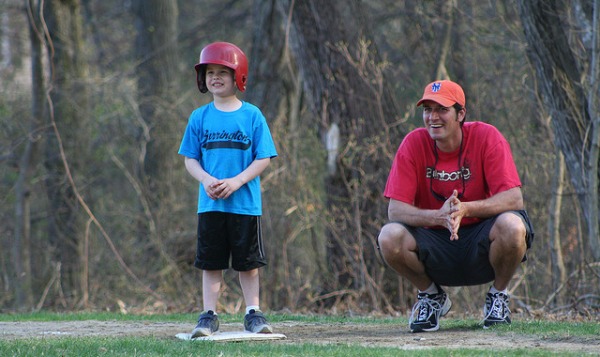 Want Your Kid to be a Good Sport? Be One Yourself.

If you’ve been to a youth sports event recently, you may have witnessed some cringe-worthy spectator behavior—angry screaming at players, verbal abuse of referees, or worse. These incidents seem to be getting both more common and more extreme. The behavior has gotten to the point where some teams and leagues have adopted “Silent Saturdays,” where adult spectators are required to simply sit quietly (no cheering, yelling, or talking to players at all) while they watch the kids’ teams play!

When parents see adults acting like this, many of us really worry about the example being set and wonder how kids’ sense of sportsmanship is being affected. In a 2009 study in the Journal of Sport Behavior, trained observers watched coaches, players, and spectators at more than 140 basketball games played by children in third through sixth grades. They carefully recorded instances of “good sport” behavior, such as checking on an injured opponent to see if she or she was okay or clapping for an opponent’s good play, along with episodes of “bad sport” behavior, like taunting opponents or yelling at or arguing with refs.

When coaches and spectators engaged in more “good sport” behaviors, so did the young players out on the court. Likewise, when spectators indulged in more immature “bad sport” behaviors, players followed suit. Coaches’ poor sportsmanship didn’t seem to affect players as much, perhaps because this kind of behavior is more expected in a coach, or because players don’t identify as much with a coach as they do with a parent.

These findings appear to confirm what many probably already suspect: our children are watching us carefully for cues when it comes to our attitudes towards winning, losing, and competition. Parents as well as coaches need to explicitly endorse good sportsmanship and set a positive example so that children can reap the true benefits of sports participation.

So when your child is on the field or court, in the pool, or wherever they play or compete, keep the comments encouraging, support referees’ calls, and be friendly and positive towards the other teams and players. While winning is certainly rewarding and exciting, don’t lose sight of the true “goal” of childhood sports: exercise, emotional and social growth, and of course, fun.

(Photo credit: proud base runner and base coach by Michelle Riggen-Ransom. CC BY 2.0. Cropped.)

← How Relationships Influence Quality of Life For People With Alzheimer’s Disease
What Are the Kids Watching? One Reason it Matters →