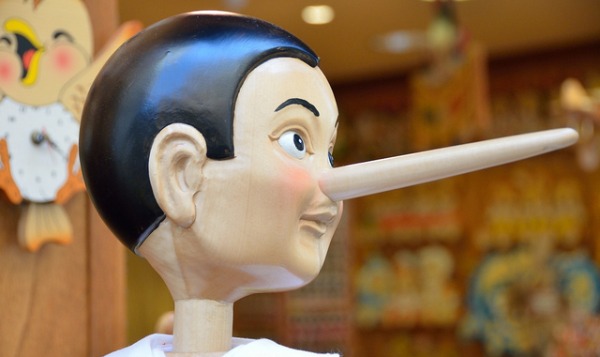 Can This Simple Technique Help Kids to Tell the Truth?

“….And so the little engine learned that if she believed she could, she could get up the mountain…”

“…And from that day on, the fisherman was happy with what he had, and was never greedy again…”

If you’re a parent, have you read or told stories or fables like these to try to teach your children morals or lessons? This tradition is as old as the hills. Parents may draw on stories from their religious or cultural background, or even tales of mishaps from their own childhoods.

But does it actually work? Well, this is a pretty big question, and probably impossible to answer conclusively. Still, moms and dads may be interested to read about the results of a recent test of the power of stories with “morals”—this time, told to children by researchers in a laboratory.

About 90 children between the ages of 3 and 7 listened to short versions of four different classic stories—Pinocchio, The Boy Who Cried Wolf, George Washington and the Cherry Tree, and The Tortoise and the Hare. The researchers hoped the stories of Pinocchio (whose nose grows when he lies), The Boy Who Cried Wolf (who was eaten up as a result of lying too much) and George Washington (who was praised by his father for telling the truth about the cherry tree), would inspire the children to be truthful later on. (The Tortoise and the Hare was the “control” story, in that it didn’t have a moral connected with the experiment.)

The children were then “set up” by the experimenter, who left them alone in a situation where they would be tempted to peek at a toy they had been asked not to look at. When the experimenter came back, he or she asked the children whether or not they had peeked at the toy. (Most had.) Children were asked to think about the characters who had lied or told the truth in the stories they’d heard before giving their answers.

This suggests that children were motivated by the idea that good things might happen if they told the truth, but not by the idea that bad things might happen if they lied. In fact, when researchers turned the tale around with another group of children, making it so that George was punished, rather than rewarded, for telling the truth, the honesty-inducing effects of George’s story disappeared.

Remind Kids of the Benefits of Honesty

These researchers suggest that when it comes to teaching children to tell the truth, parents may want to emphasize the positive consequences of honesty (such as parents feeling proud) rather than the negative consequences of dishonesty. Unfortunately, in real life, parents tend to punish lying much more often than they praise truth-telling!

I’m definitely going to keep this advice in mind with my own kids. Have you ever heard the story of The Boy Who Lost His Lunchbox at School But Told His Grateful Parents the Truth About Where He Left It?

Telling the Truth: What to Do When Your Child Doesn’t–from the University of Pittsburgh