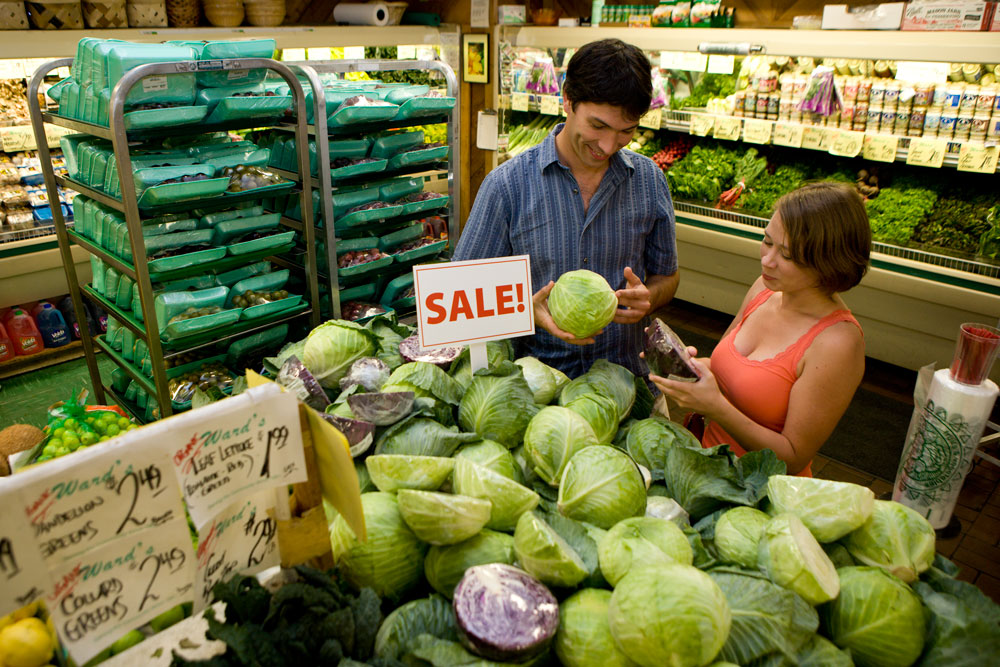 Value of GMO Labels for Consumers

In the future, food could bear one of the two labels that will tell consumers whether it contains genetically modified (GM) ingredients. Will these labels influence what consumers value when making a food purchase and will the labels change what consumers are willing to pay for their food?

Following the adoption of the National Bioengineered Food Disclosure Standard (NBFDS) in 2016, all foods containing GMO ingredients must have a “contains genetically modified ingredients” label in some form. Food economists are currently exploring how the new labeling law will change the landscape of food choices for consumers. Researchers want to know if the new labels will impact how consumers make purchasing decisions. Will labels for non-GMO and GMO foods signal value to consumers and influence what they are willing to pay for food products?

To better understand the value consumers place on GMO and non-GMO foods, Brandon McFadden, assistant professor in the food and resource economics department at the University of Florida and Jayson Lusk, professor and head of the department of agricultural economics at Purdue University, conducted an experiment to see what consumers would be willing to pay for food labeled with current and proposed GMO and non-GMO labels.

McFadden and Lusk found that consumers equally value Non-GMO Project Verified and the USDA Organic-labeled food as opposed to foods with the proposed GM labels.

“This likely indicates that a lot of consumers are not aware that USDA Organic certification implies that a food does not contain GMO ingredients. It may be that text ‘contains genetically modified ingredients’ is more direct than the USDA Organic label in communicating the absence of GMO ingredients,” says McFadden.

QR codes are one option for labeling GMO foods as suggested in the National Bioengineered Food Disclosure Standard. QR codes make it possible for consumers to scan the black and white square image with a smart device to learn more information about the food. The other option for labeling GMO food is to label food with the plain text “contains genetically modified ingredients” on the product’s packaging.

Those who oppose the use of QR codes to label GM foods question whether QR codes will be accessible to consumers without smartphones and whether it will be too expensive for retailers to provide QR code scanners to customers. Opponents also question whether consumers will take the time to scan the QR code.

“This finding indicates that many of the study respondents did not scan the QR code because had they scanned the QR code, they would have seen the text and their willingness-to-pay would have been similar to the plain text label. However, it is important to remember that this study is really a snapshot and it is possible that over time consumers will become more familiar with QR codes and more likely to scan them,” according to McFadden.

Whether QR codes are practical for consumers and retailers, the value consumers place on GMO and non-GMO foods is important for policymakers to understand and is an integral part of defining the next step in implementing the National Bioengineered Food Disclosure Standard. To that end, McFadden and Lusk’s study contributes to research that can be used by policymakers to more clearly define the next steps for GMO labeling.

The new study is published in the journal Applied Economics: Perspectives and Policy.