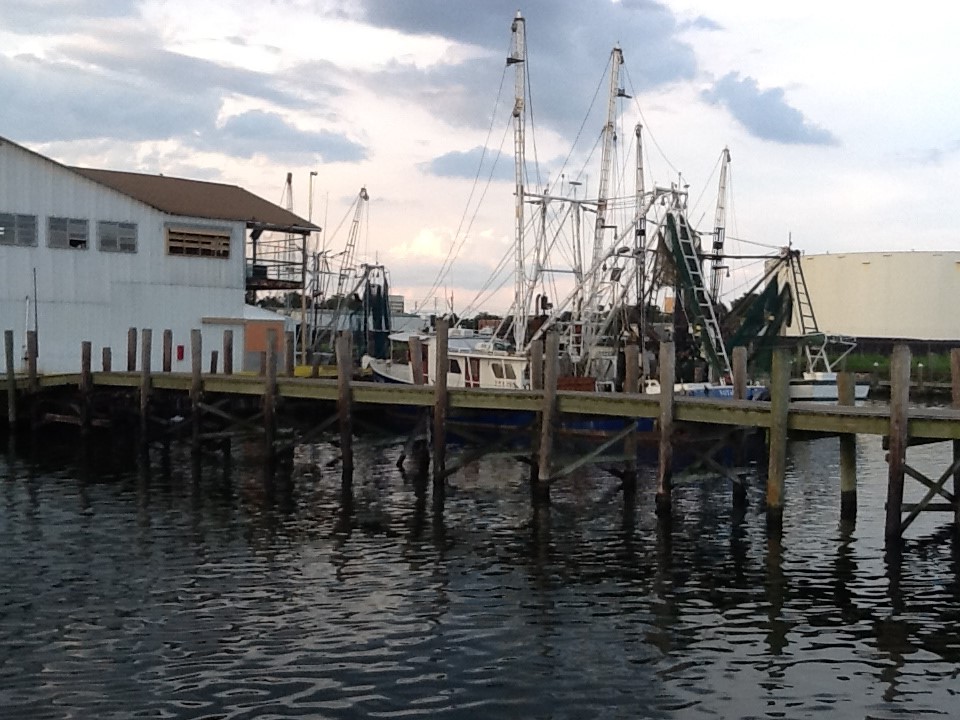 Actually, if you like seafood – it’s all good!  However, not everyone does and sometimes when this question is asked they are interested in not how it taste but where the seafood came from. In recent years, there has been a move across the country to learn more about where their food comes from.  Whether that is because they are concerned what the livestock and chickens have been fed, their living conditions, or whether they came outside the United States – more people are asking and it is affecting how they purchase their food.  Is it the same for seafood?

In some cases, yes.  Several years ago, I ran the marine science program at Washington High School.  We were discussing whether, with a growing human population, the ocean could sustain the demand for seafood.  Would we need to focus our production on aquaculture?  We decided to survey locals to see whether (a) they liked seafood, and (b) if so, would it matter whether the product came from the ocean or a farm.  Over a 10-year period, we found that (a) the percentage of locals who did not like seafood increased. (b) Those who did like seafood did not have strong feelings whether it was from a farm or from the sea.   Curious as to why those who did not like seafood felt that way, we followed up with those questions and found it was not as much a concern with seafood safety in that they just did not like the taste of it.  Of course, this was a high school science project and not a formal science investigation, but they did a good job with it and the results were interesting.

What about the local issue?  In California, there is a program that allows you to find out which boat captain caught your fish.  In Florida, there are studies going on to determine what type of filet you are actually buying.  As with produce and livestock, people seem to be interested in where their seafood comes from – and for many, if effects where and how they buy seafood. Fish houses, like this one in Pensacola, have been part of the coastal landscape of the Florida panhandle since we were a territory.
Photo: Rick O’Connor

Well, we call any seafood product harvested or cultured within 250 miles local.  For Pensacola, that would include Alabama, Mississippi, and eastern Louisiana.  We know that between 80-90% of the seafood you currently purchase is imported from both commercial fishing and aquaculture overseas.  That said, local seafood is still here and available.

The commercial fishing in Pensacola goes WAY back.  It was one of the first industries to get off the ground shortly after Florida became a U.S. territory.  According to Dr. Jack E. Davis, in his book The Gulf; The Making of an American Sea, Cuban fishermen harvested seafood from the Gulf coast of peninsula Florida prior to our becoming a territory.  Shortly after becoming a U.S. territory, New England fishermen came to harvest the Gulf, including one by the name of Leonard Destin.  Soon a fishing industry was operating in Pensacola.  They sold a variety of species but in 1840 they found red snapper – and the boom was on.  Shrimp followed but water quality, habitat loss, and overharvesting have plagued the industry over the years.  Fishermen did well for a time, then the landings decreased, the fishermen believed the fish had moved, and so the fleet would move.  This continued until they have literally moved all over the Gulf of Mexico seeking fish.  At this point quotas had to be initiated and regulation has been the norm ever since.  Add to this an increase interest in recreational fishing, increasing the number of fishermen, and increased regulation with this sector.  Today we can include the introduction of invasive species as another stressor. All that said, local seafood is still available.  Some species have become quite pricey, but they are still available.  The Gulf & South Atlantic Fisheries Foundation created a Gulf Coast Seafood Species Chart.  This chart indicates when selected species are in peak season for commercial harvest.  This chart suggests they are in season year round but there are peak months.  It varies from one state to another, but the list below includes Florida and Alabama.

The health benefits from consuming seafood are understood.  We certainly think it should be part of your of weekly dinner menu.  There are concerns for safety in some seafood products, as in mercury and king mackerel, and we will address that in another article – but the lack of consuming seafood can create health issues as well.  We hope you enjoy local Gulf seafood. Tags: Commercial fishing in the Gulf of Mexico, Gulf seafood

← Don’t Be Afraid to Disturb the Rootball
So What’s Good with Local Seafood? →