The hazy skies, the smell of smoke in the air, and, for some, irritated eyes or a scratchy throat. Living in Florida, most of us are familiar with the downsides of a wildfire nearby. If the fire is large enough, it might not even need to be near for us to experience unpleasant effects. Controlled burn programs are a valuable tool in the land manager’s kit to keep forests healthy and make wildfires less likely. But what happens when the smoke from the controlled burn bothers nearby people? A new Ask IFAS publication explains the potential hazards involved with smoke from prescribed burns and explains the best practices managers can use to keep the air as clean and clear as possible. 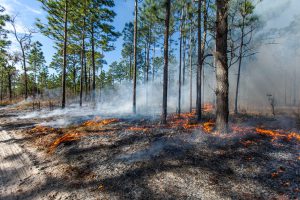 Some smoke is inevitable.

Of course it’s not possible to completely avoid smoke when performing a controlled burn. However, compared to a controlled burn, a wildfire will produce more smoke, and that smoke will behave more dangerously. Wildfire smoke comes without a lot of warning. It may travel toward vulnerable areas, such as a high population area or a busy road, and often at the worst possible time. 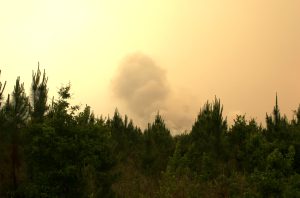 Too much smoke can be avoided.

Controlled burns make wildfire much less likely. They safely consume combustible material before it builds and increases the risk of wildfire. That’s why controlled burns, where the smoke can be minimized and managed to decrease harm and protect sensitive areas and people, are so valuable.

Where There’s Fire, There’s Smoke includes links to resources for land managers and others who want to learn about controlled burns. Consult Ask IFAS to explore further into fire and forest management topics.