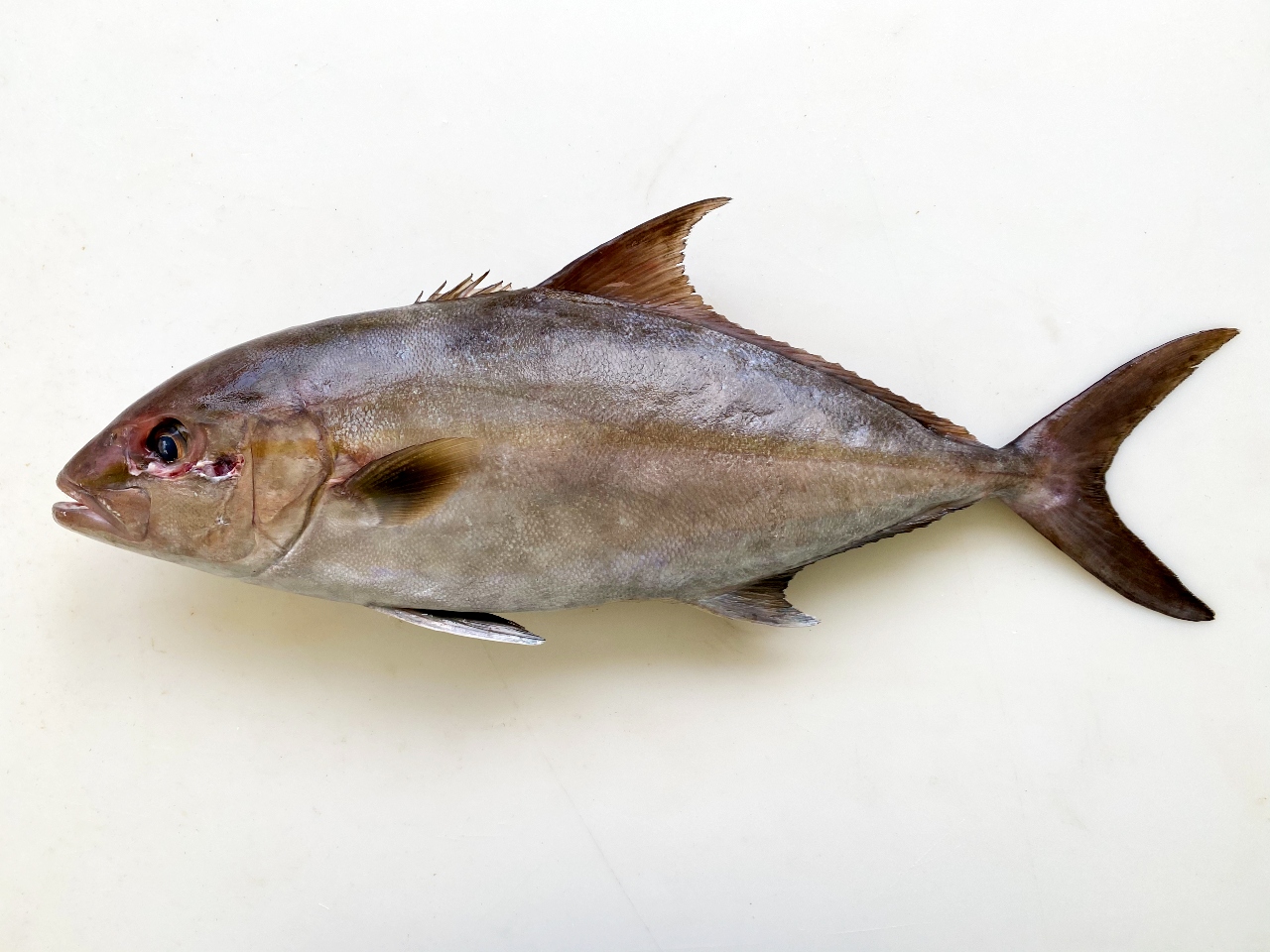 Almaco jack belong to the Carangidae fish family which members includes jacks, runners, scads, jack mackerel and pompanos. The almaco is one of four species that could be referred to as “amberjack.” The other three species in the amberjack complex are: the greater amberjack (Seriola dumerili), the lesser amberjack (Seriola fasciata) and the banded rudderfish (Seriola zonata). It can be difficult for anglers to properly identify the 4 species of amberjack, checking out external characteristics like fin size, fin placement, gill raker counts, shape of the maxilla, shape of fins, color and observations of whether the fish in question has a boney keel present on the caudal peduncle (where the tail and body meet) are a few ways to get a positive ID. Pictures and identification tips between amberjack species can be found on our blog here!

When speaking about amberjack, most anglers default to the greater amberjack which in Florida are greatly targeted by the recreational and commercial fishing sectors due to their size, renowned fighting ability, and food quality.

The almaco jack pound for pound have similar game qualities however seldomly targeted and often caught as bycatch. In Florida, encounters with 5 – 20 pound almaco jack are most common but elsewhere in the world they get much larger! In my opinion, these are the tastiest of the amberjack species with a more manageable fillet size that is easier to cook and is frequently used in sushi!

Almaco jack have a global distribution and are found in tropical and temperate seas. Jacks are largely pelagic utilizing the entire water column but visit the sea floor where they occasionally feed on benthic fish and invertebrates. This species regularly is found in schools and inhabit rocky, reef and wreck habitats from 15 – 800 feet.

It’s suggested that Almaco jack spawn between the months of April and November in the Southeast United States and Caribbean. This species has buoyant eggs, and the early life history is most likely similar to their cousins the greater amberjack where eggs hatch within 34-45 hours post fertilization. Juvenile almacos have a strong association with sargassum algae utilizing the floating structure for shelter and feeding opportunities. A mature alamco jack is approximately 32 inches in length and 4.5 years old. Almacos have been reported to live up to 22 years in age!

This species is currently being aquacultured in the United States in submerged net pens in Hawaii and are a great candidate for aquaculture in the Gulf of Mexico. Almaco jack are a fast-growing species and in captivity have been known to reach weights of 4.4 pounds within the first year of life and 11 pounds in the second year. This is great news as almaco jack can be sustainably bred and grown, reducing pressure on wild stocks of fish while filling the demand for fresh, high-quality seafood.

With many aquaculture operations, the public is often concerned with effluent and nutrient pollution; however, almaco jack aquaculture scored well by the Monterey Bay Seafood Watch in this criterion and has low impact to the environment. In terms of sustainability of wild harvest, the almaco jack’s population is stable and is listed as a species of least concern by the International Union for Conservation of Nature (IUCN).