Drs. Mark Clark and Lincoln Zotarelli discussed alternative irrigation methods to seepage and their impact on water quality and quantity. 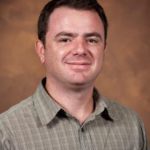 Irrigation has existed in Florida for over a hundred years and it is a competitive market. Today, we have technology that can improve irrigation efficiency for BMPs. In 2014, Florida contained 2.2 million acres of potentially irrigated land.

There are three main irrigation methods used in Florida: seepage, microirrigation, and sprinklers. Seepage only has 20-70% irrigation efficiency, while microirrigation has 80-95% and sprinkler has 60-80%. The irrigation management plan for a property depends on the soil type. Well drained soils respond well to sprinkler and microirrigation, while seepage is mostly used for Flatwood soils. In poorly drained soils, drainage is important because it takes a long time for the water table to return to previous levels. Because soil moisture directly affects production, growers must choose the correct irrigation method for their soil type and then continually monitor the water table.

An alternative to seepage irrigation is Subsurface Drain Tile (SDT). SDT boasts fast drainage, which means the water table rises quickly to the desired level. This system also doesn’t require the use of furrows, which results in a 12% gain of the cultivated area.

Sprinkler irrigation can be used on high water table soils, but the water table must be managed manually. It relies on furrows for both drainage. This “hybrid system” requires monitoring the water table level daily and considering rainwater when determining how much irrigation is needed. The system works well for water conservation and reducing nutrient leaching.

When considering the effect of irrigation method on yield, a study found that an excellent yield of potato tubers was produced using SDT and SDI. Comparing the installation cost (after the cost share program) of each irrigation system to the profit margin it produces shows that the greatest return is with SDT. Even though it is one of the more expensive systems to install, SDT produced the highest net return of all four irrigation systems.

For some vegetable crop traditionally cultivated on seepage, plasticulture and drip irrigation can be increase yield and reduce irrigation water requirements. The high cost of production is offset by a higher yield, stability throughout seasons, reduction of nutrient leaching and water use, and the advantage of fertigation. The plastic can be potentially reused for a second crop. 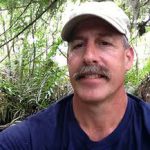 Water is the matrix through which nutrients move, so managing water is indirectly managing nutrients. Managing the movement of the matrix keeps nutrients where you want them and reduces leaching and runoff. To reduce the nutrient load (concentration times runoff volume) the nutrient concentration or runoff volume must be reduced. Utilizing alternative irrigation practices can result in nutrient load reductions.

Irrigation drainage tiles (IDT) are one alternative irrigation practice to conserve water and improve nutrient management. In this system, irrigation water enters the field through multiple subsurface perforated pipes causing the water table to rise. Since these “lateral” pipes are more frequently spaced than the more conventional water furrow used in Seepage Irrigation, irrigation and drainage of the field is more rapid and uniform. There is a control structure at the edge of the field that regulates the water level and the extent to which the field can be drained. The control structure is a critical component of the system that allows IDT to be use for both irrigation and drainage and to control the amount of drainage that can occur. A study was conducted on four farms in the Tri-County Agricultural Area to determine whether this irrigation practice should be eligible for cost sharingunder a program to reduce nutrient loads in the St. Johns River. Surface water monitoring stations were erected to monitor and compare differences in water use and nutrient runoff load between conventional Seepage Irrigation (SI) and IDT. Findings indicate these systems resulted in a dramatic reduction in irrigation volume, which also led to less runoff. Results, however, appear to be highly dependent on how the control structure is managed, especially with regard to nitrogen reduction and infield water storage capacity. Having “freeboard” (extra storage) within the control structure allows rainfall to be captured and retained in the field without producing runoff so that nutrients also stay in the field. In some cases, so much rainwater is captured and stored that irrigation can cease entirely.

For nitrogen, the net decrease in concentration was relatively low and is highly dependent on maintaining boards in the control structure at higher levels to promote denitrification within the field. However, even with nitrogen concentrations relatively the same between IDT and SI there was still a decrease in nitrogen load from the IDT system because of the reduction in runoff volume. A free drainage system means the soil profile is mostly anaerobic and a large amoutn of nitrates can be leached through the soil profile and leave the field. With controlled drainage, the lower soil profile can be kept saturated resulting in anaerobic conditions where microbes will utilize the nitrates. No plants are harmed in this process since the anaerobic zone is all below the crop rooting layer and the natural environment is protected.

For these alternative irrigation practices to be adopted, progressive growers must be willing to test and adopt them. Funding (in the form of cost share programs) can assist with implementation. Further research must be done to optimize systems for crop varieties, soil types, locations, etc. and to evaluate potential added benefits of the system. Trust among all stakeholders will maximize opportunities and benefits when implementing these alternative irrigation practices.

A: The lifetime of SDT is quite long. I visited one in the Hastings area that was approximately 30 years old and it is still functional. SDI (subsurface drip irrigation) can last 15-20 years (based on studies from Lamm et al. in Kansas). One point for the SDI, buildup of iron inside and root intrusion might be a possibility, so the maintenance is to inject acid periodically to keep those meters clean.

Q: After the soil at deeper levels becomes saturated with phosphorus, what if any, will be the environmental impacts?

A: With regards to the satiation of the sorption sites, you’ll always see a lower phosphorous loading from irrigation drain tile than conventional seepage irrigation because we’ll always have a reduction in particulate transport, because we don’t have the surface runoff. So, that will always be a benefit. Now, we didn’t separate between particulate and soluable forms of phosphours, so I couldn’t really say exactly how much is in each fraction. We’re now trying to look at modeling how long it’s going to take to essentially satiate that profile, and every soil is going to be different. I think there may be opportunities to inject or infuse the soil and increase or reverse that soil phosphorous sorption capacity Perhaps in the future if we really wanted to have a longer period of time before it became satiated we could look at water treatment residuals or something that had enhanced phosphorous sorption capacity and place that with the drainage tile as it’s installed, so that’d be one way to increase it.

Q: What types of crop rotations may be used to draw on deeper nutrients for these tile drainage irrigation systems?

A: Regarding a crop as a phosphorous sink to basically mine that phosphorous back out – I’m not sure what would be an economically feasible crop to put in there to do that. I mean, there’s species that are certainly deep rooted and there may be species that can do that, but I think the trade off is you’re wanting to maintain a certain availability of phosphorous in the surface and I don’t know that you’re going to be able to force the roots deep to essentially strip phosphorous out of the deep profile without them just being content in the surface soil phosphorous, which is ultimately what you’re trying to keep for the crops productivity. So, I don’t know that you can really go in and mine that phosphorous later. I think you have to find a way to augment that soil to reestablish some sort of P sorption capacity.

Q: Could these systems be used to pay growers directly for the reduced load? Has that been done or talked about yet?

A: I think we should be looking at how you go and unleash, if you will, the potential for the growers to get very creative by having a means to pay them for a reduction in P relative to whatever some baseline might be, because they may have more innovative strategies. I think in some respect the cost share program is already paying them to put in these systems, which is a significant change in practice, and so even though they’re not getting paid for a reduction in P, they’re basically getting a grade-A irrigation system that significantly reduces their risk when it comes to water management. So, I’d argue, it’s an indirect payment. Yes, society benefits by having the lower phosphorous reduction potential, but the grower is benefiting from having a significant tool now that they can much better manage risk from a late season rainfall or flood event or something like that. So, it’s an indirect payment, I would say – that capital infrastructure is now part of the farm. I’ve never seen anybody trade or sell a field yet, but I suspect the value of that field is probably going to be much higher than if it was under a traditional seepage system.