With the frigid temperatures we’ve experienced this week, I’ve thought a lot about the weather and climate patterns. After recent discussions, I realized that some folks may not know the difference between weather and climate. So let’s talk about each below. 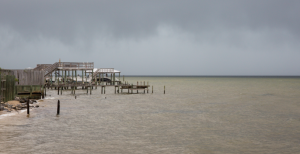 Weather refers to atmospheric conditions that occur locally over short periods of time (i.e., hours or days), and includes winds, floods, rain, and snow. Yes, we were experiencing some cold weather! Brrrr! However, on average, the world is still warming. http://edis.ifas.ufl.edu/topic_climate_change

Global warming refers to the upward temperature trend across the entire earth, since the early 20th century, but most notably since the late 1970’s due to the increase in fossil fuel emissions since the industrial revolution (NASA). Check out the chart below. 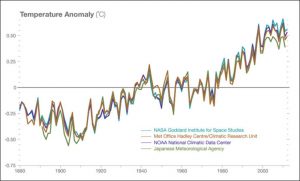 Even though it felt really cold this week, the average temperatures are increasing. But there are other issues, in addition to average global warming, that fossil fuel emissions cause, which is why Climate Change is a more comprehensive and popular term.

Climate refers to long-term regional or even global average of temperature, humidity, and rainfall patterns of seasons, years, or decades. Climate change refers to the broad range of global phenomena created by burning fossil fuels. The gases (ie: carbon dioxide and methane) trap heat in the earth’s atmosphere and contribute to numerous changes in addition to global warming, such as sea level rise and a higher frequency of extreme weather events (NASA) -perhaps like this extremely cold weather we are experiencing! 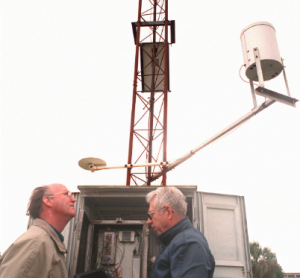 Have you ever heard of “reducing your carbon footprint” to do your part to slow global warming? It’s true! http://edis.ifas.ufl.edu/fr188

Although carbon does naturally cycle (plants are eaten by animals, animals produce carbon, and plants convert CO2 to oxygen), since the industrial revolution, humans have really messed with it! In order to fuel our cars, factories, planes, and homes, we have pulled carbon (in the form of oil, gas, and coal) out of an underground “safe”. If we hadn’t pulled out (“extracted”) that carbon out of the earth, it would never had the opportunity to turn into “bad” gases (that trap heat) for millions of years! The more we extract, the more we contribute to climate change and all the effects of it. 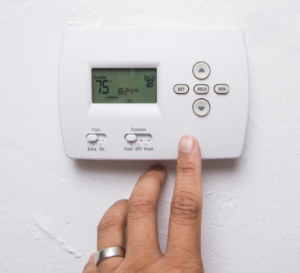 How can you do your part to keep this planet healthy? Conserve resources! If you want to learn more about how to reduce your carbon footprint in your home, visit: http://edis.ifas.ufl.edu/topic_series_energy_efficient_homes

To talk science, or get involved with the Clay County 4-H program, contact Anne Elise Creamer at ac864@ufl.edu