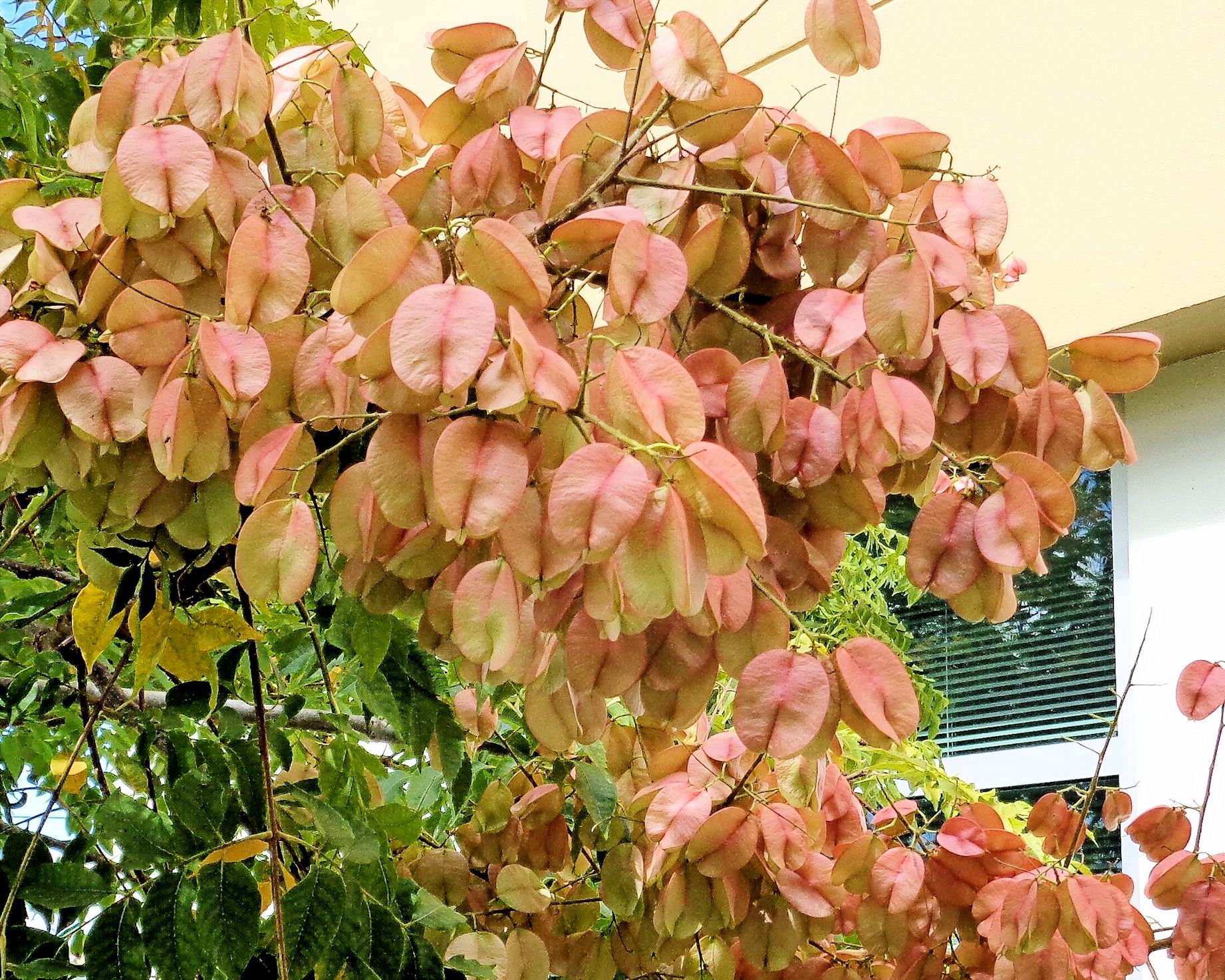 The Jadera bug and the golden rain tree – a love story What is red and black and leaves a red stain when squashed? That’s right, the Jadera bugs are back! We have been receiving many calls and e-mails concerning this interesting insect called the scentless plant bug or, more commonly, the Jadera bug. When one bug shows up it is often a curiosity, but when colonies of hundreds and sometimes thousands appear, people get a little concerned! This insect is known to occur in huge numbers in yards where the golden rain tree grows. In fact, Jadera bugs are sometimes called golden rain tree bugs because of their association with this particular host plant – they love this tree!

The scentless plant bug is found in the southeastern states west to Texas and California, several central states, and from Mexico, the West Indies, southward to Central America and Columbia; also Hawaii. This well-traveled bug is also found in central and southern Florida. Southern Florida populations tend to be more evenly distributed over the year with no peak times evident from month to month. Why are Jadera bugs here? For one reason – to feed on the seeds of the golden rain tree – they love this source of food! This common ornamental tree has yellow flowers in early summer followed by pinkish to brown seed cases that eventually fall to the ground.  Jadera bugs will feed on the fallen seeds and may also congregate on lawns, surrounding plants and structures. The Jadera is a true bug with sucking /piercing mouthparts and red and black coloration. The adults and about one-half inch in length. The young or nymphs are smaller, but even more colorful with a bright red body. As I mentioned earlier, the Jadera bugs are more of a nuisance than a true pest. Control attempts are often not necessary. Try raking up and eliminating the food source, the seeds, in the lawn if the bugs are a problem.  You may even consider getting rid of the golden rain tree as it is considered a CATEGORY II invasive tree on the Florida Exotic Pest Plant Council’s (FLEPPC) 2017 List of Invasive Plant Species.   If you are at your wit’s end, an insecticidal soap readily available at any garden center can be used according to label instructions to control these insects.

Just remember – Jadera bugs do not sting, bite people, or cause structural damage. They do stain, however, so watch your clothes! Otherwise, can I convince you to ignore them or simply enjoy this natural phenomenon?  Jadera bugs simply love golden rain tree seeds!  For more information on all types of insects in our area, please call our Master Gardener volunteers on the Plant Lifeline on Mondays, Wednesdays and Fridays from 1 to 4 pm at 764-4340 for gardening help and insight into their role as an Extension volunteer.  Don’t forget to visit our other County Plant Clinics in the area.  Please check this link for a complete list of site locations, dates and times – http://charlotte.ifas.ufl.edu/horticulture/Plant%20Clinics%20Schedule.pdf.
Resources:
Mead, F.W. & Fasulo, T. R. (2014), Scented Plant Bugs, UF/IFAS Extension Service.
Caldwell, D. (2017) Jadera Bugs? It Must be Spring! UF/IFAS Extension Service -Collier County.
Gilman, E.F. & Watson, D. G (2014) Koelreuteria paniculata: Golden raintree. UF/IFAS.
Florida Exotic Pest Plant Council’s 2017 List of Invasive Plant Species – http://bugwoodcloud.org/CDN/fleppc/plantlists/2017/2017FLEPPCLIST-TRIFOLD-FINALAPPROVEDBYKEN-SUBMITTEDTOALTA.pdf.