Skip Navigation or Skip to Content
Home » UF/IFAS Center for Aquatic and Invasive Plants » How Long Until A New Species Becomes Invasive? Let’s Talk About The Lag Phase!

How Long Until a New Species Becomes Invasive? Let’s Talk About The Lag Phase!

In 1898, Brazilian peppertree or Christmas berry (Schinus terebinthifolia) was imported to Florida from South America and sold as an ornamental plant for yards and landscapes. Its glossy leaves and bright red berries made it a gardening hit, and the tree was planted widely throughout the state. Although birds and other animals were surely spreading Brazilian peppertree across long distances throughout Florida in the early 1900s, it took almost 60 years for the plant to “explode across the landscape” and become invasive (Ewel 1986).

It may seem curious that one of our most notorious invasive plants took over half a century to become a problem in natural areas. This gap – the time between a plant’s introduction and its discovery as an invasive species – is called the lag phase. While the lag phase of many invasive species is relatively short (a few years), for some plants, it can last several decades or longer. 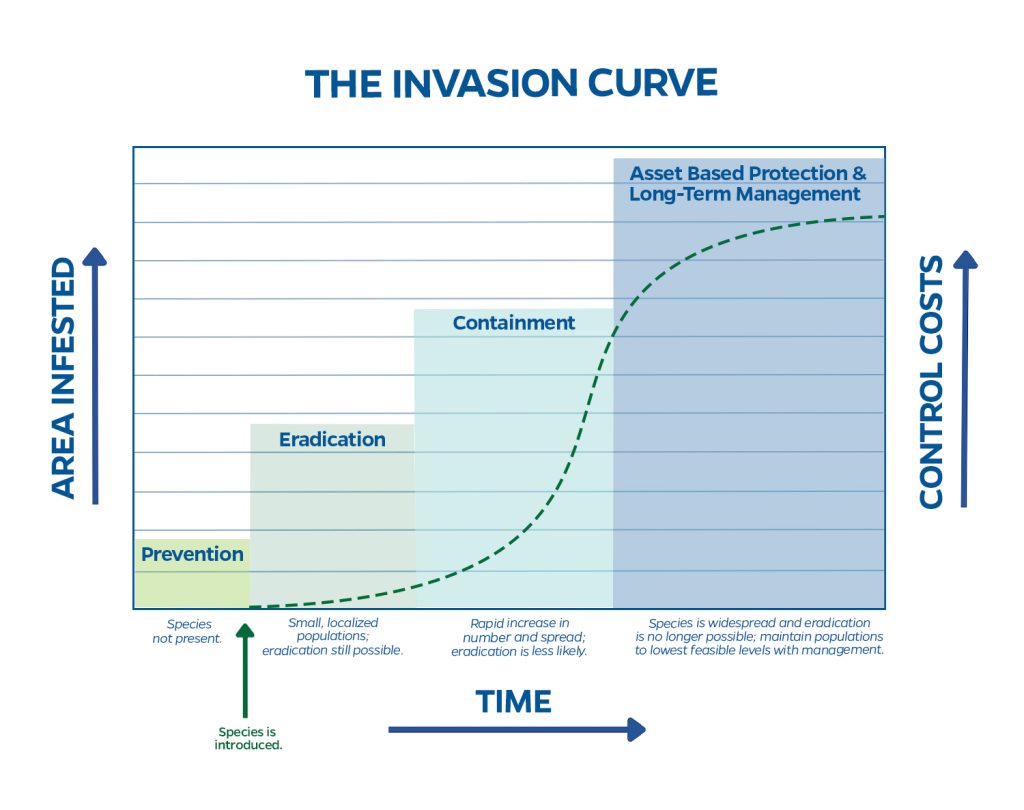 You may be asking yourself: how could it possibly take decades for a non-native plant to become invasive? There are many potential causes of a lag phase for plants. Let’s explore a few of them:

Why Do We Care About Invasion Lags?

To put it simply: You don’t find what you don’t look for. If an invasive plant is present in natural areas, but its population is small and in its lag phase, it may not be recognized as invasive by scientists and managers. In fact, it may not be detected at all. However, it is easier and cheaper to control an invasive plant while it’s still in its lag phase. Risk assessments of non-native plants (like the UF/IFAS Assessment of Non-Native Plants in Florida’s Natural Areas) can help us identify which species are most likely to be invasive, so we can detect them early, while they are still in their lag phase and easier to control.

Dr. Candice Prince is an assistant professor with UF/IFAS Agronomy department and the UF/IFAS Center of Aquatic and Invasive Plants. She earned her bachelor’s in plant science – restoration horticulture and her Ph.D. ...

Subscribe to UF/IFAS Center for Aquatic and Invasive Plants Blog