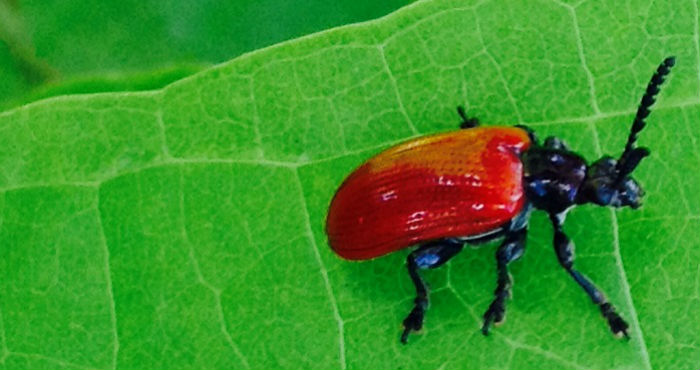 About Air Potato
Air potato (Dioscorea bulbifera) is a nonnative vining plant found in natural areas throughout Florida. It is an invasive plant that is difficult to manage and is listed as a noxious weed by the Florida Department of Agriculture and Consumer Services (USDA NRCS 2015). While this vine is native to tropical Asia, sub-Saharan Africa and northern Australia, genetic studies strongly suggest that the air potato in Florida originated from Asia (Croxton et al 2011). Its vines grow over and cover desirable vegetation in a variety of habitats including pine flatwoods and hardwood hammocks (Overholt et al 2008). It can be identified in part by its “potato-like” aerial tubers called bulbils.

A team of scientists with UF/IFAS, USDA-ARS and the Florida Department of Agriculture and Consumer Division of Plant Industry partnered to conduct research on L. cheni. In addition to the research team, an extension agent with the UF/IFAS Extension St Lucie County was invited to develop an Extension program to bring focus to outreach efforts for this biological control agent. As a result, outreach efforts produced research-based information and targeted project resources to meet program clientele needs. As of August 2017, there have been 360,052 visitors using content on the air potato biological control project website. YouTube videos, brochures, posters and other Extension deliverables were developed. This Extension program has resulted in a high level of satisfaction with 95% (196/207) of surveyed program participants expressing their level of satisfaction to others. Between June 2016 – August 2017, 81,528 adult insects were released by the UF/IFAS team on 840 sites to manage invasive air potato.

Information about the air potato biological control extension program can be found online at http://bcrcl.ifas.ufl.edu/airpotatobiologicalcontrol.shtml

← What Can 4-H Leadership Programs Do For You(th)?
Megacities and urban forests →