Have you come across an ‘earthworm’ with an aggressive, wiggling behavior that left you curious what it is? You may have encountered a jumping worm. Jumping worms are also known by several names, including Alabama jumper, crazy worm, Georgia jumper, snake worm, and many more, owing to the violent behavior when disturbed. Hence, it is not easy to catch them.

Jumping worms constitute several non-native Amynthas species introduced into the United States. The jumping worm, Amynthas agrestis, is a litter-dwelling, invasive earthworm native to Japan and Korea. The jumping worm has a gray to brownish color, with a glossy,  smooth outer coat and a milky white band (clitellum) around its head.

Since its introduction into the eastern United States, the jumping worm has spread into native forests in several states, including Florida, and there is fear that its new habitats will continue to expand. Additionally, there is worry that these non-native earthworms can take over areas previously occupied by native earthworms. The possible culprits for the spread of jumping worm, both locally and long-distance, are:

So, why are jumping worms are so damaging? Why should their dispersal be discouraged? Well, you have probably heard that earthworms contribute to nutrient cycling and soil aeration, thereby helping your crops grow well. The native earthworms perform these critical ecosystem services by feeding on organic matter and leaf litters and converting them to forms that plants can utilize.

However, compared to the native worms, the invasive jumping worms are more voracious and efficient litter ‘converters.’ They also reproduce faster than other earthworm species. This means that they can quickly outnumber (or move to replace completely) the native earthworm species, profoundly changing the forest ecosystem (physical, chemical, and biological alter) to the point that it becomes very challenging for it to provide support for other organisms (microbes, plants, and invertebrates).

Given how rapidly jumping worms decompose litters and the sheer number of individuals they can produce in a short time (through parthenogenesis – reproduction without fertilization), the forest trees stand the chance of running out of nutrients it needs for sustenance.

Additionally, jumping worms ingest soil particles and feed on litters to produce pellets of hard castings that could result in severe soil compaction and erosion in your gardens and lawns. 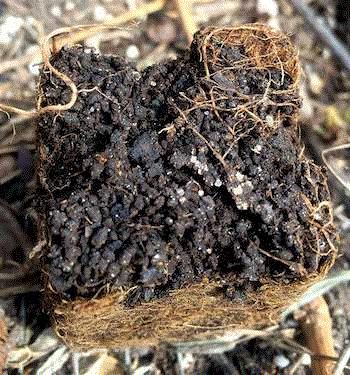 What can we do to stop them?

Well, are you wondering what you can do to help stop the spread of the jumping worm? The good news is that the jumping worm has a limited establishment in the United States.

While there are limited management options in the event of a jumping worms infestation, taking preventive measures can help. ‘An ounce of prevention is worth a pound of cure.’ The following suggested measure helps keep the worm out of your lawns or gardens:

The photos used in the Featured Image are credited to Susan Day (UW Madison Arboretum).

Tags: Have you come across an 'earthworm' with an aggressive, Jumping worms constitute several non-native Amynthas species introduced into the United States, Meet the Jumping Worm: The invasive game changer, wiggling behavior that left you curious?

← Strawberry season pests: Don’t catch yourself in a jam!
Tree-mendous Tips for the Holiday Season →